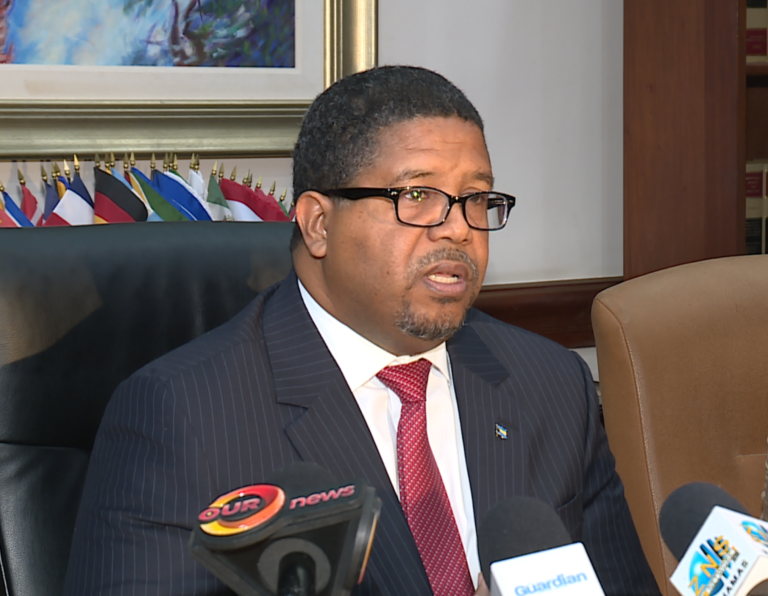 Ahead of a new fiscal year, Deputy Prime Minister and Minister of Finance Minister Peter Turnquest maintained yesterday that the upcoming budget will not include any new taxes or an income tax as recently suggested by the International Monetary Fund (IMF).

It said, however, that The Bahamas fiscal policy should play a greater medium-term role in achieving public policy objectives, including greater income equality, and suggested that the prospective accession to the World Trade Organization is an opportunity to review the Bahamian tax regime to achieve a “more equitable and less distortionary tax system”.

Turnquest told Eyewitness News that the government is cognizant of the existing burden on the back of Bahamians following the increase in value-added tax (VAT) last July from 7.5 to 12 percent and it does not want to add to that at this time.

“There will be no income tax from this administration at this time although global developments create a fluid situation,” Turnquest said.

“I can tell you the prime minister is firm that you will not see any income tax in his term.

“You can rest assured and take that to the bank.”

“For the short to medium term we have our consolidated plan and we remain faithful to that,” the minister said.

“It is bearing fruit as the IMF and other international observers have said. “Our internal analysis tells us that we are on the right tax. “

The government is preparing to present its new budget at the end of May.