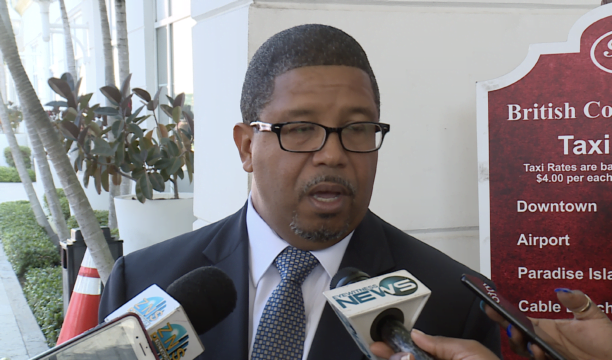 NASSAU, BAHAMAS – Deputy Prime Minister and Minister of Finance, Peter Turnquest expressed on Wednesday that the inability of Bahamas Power and Light (BPL) to deliver sustainable power generation could be because of the financial woes that the power provider experienced nearly a decade ago.

“A decision was made, I think in 2010, that affected its [BPL’s] financial standing and since then, BPL has been struggling to maintain its engines and to provide for the replacement of its equipment as technology has changed and developments have evolved,” said Turnquest while speaking to reporters yesterday at the Hilton Hotel.

BPL has been conducting load shedding exercises since last month. Over the last two weeks, however, the exercise has been excessive, resulting in many residents turning to social media to vent their frustration.

Executive Chairman of BPL, Donovan Moxey, initially stated that there would be no load shedding this 2019 summer. However, at a press conference earlier this week on Monday, Moxey retracted this statement.

Yesterday, the finance minister said the issues at BPL are a prime example of why effective policy is needed.

“It’s unfortunate, the turn of events that have happened with that once very proud and reliable institution,” said Turnquest, referring to BPL. “The fact of the matter is that the issues with BPL…have been long running, but it points out the affect that policy can have on these state-owned enterprises.”

Nevertheless, Turnquest said that he sympathized with Bahamians who have grown frustrated over the power outage issue.

“We understand the inconvenience and the uncomfortable nature of not having access to the electricity,” Turnquest said.

According to executives at BPL, the new Wartsila generators which are currently being transported to the Clifton Pier power plant will put an end to the excessive load shedding exercises, but complete relief is not expected until September.

However, President of the Bahamas Electrical Workers’ Union, Paul Maynard told Eyewitness News Online earlier this week that consumers could be experiencing the load shedding exercise straight into the Christmas season, despite the Fall implementation of the new generators.

Minister Turnquest expressed yesterday that it is hoped that the installation of the new engines would create a new path for BPL and Bahamians will come to rely and have confidence in the services of BPL going forward.

“Safe to say that we are indeed fixing it and expect that there will be some resolution by the early fall,” Turnquest said.