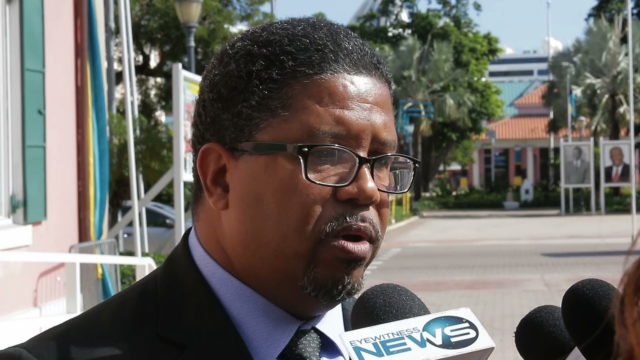 Having been placed on the United Kingdom’s watch list for money laundering, Minister of Finance K. Peter Turnquest stressed that the model of blacklisting and watch listing is causing disproportionate and unjustifiable harm, and it is time to create a better way for international cooperation.

In fact, Turnquest said Governments in the region are not blind to the needs for enhanced enforcement when it comes to Anti-Money Laundering and Combating the Financing of Terrorism (AML/CFT).

“While there is clearly room for improvement, we cannot let the perception stand that our financial regulatory agencies and the financial intelligence units somehow lack competence or quality; that they are failing to produce any results,” said Turnquest, who was speaking at the Caribbean Association of Banks 45th annual general meeting and conference earlier this week.

The FATF, following its recent plenary last month listed The Bahamas as one of 11 jurisdictions with strategic Anti-Money Laundering and Combating the Financing of Terrorism (AML/CFT) deficiencies, which labeled The Bahamas as a jurisdiction that may pose a risk to the international financial system.

But according to Turnquest, The Bahamas has made quantifiable progress since 2015.

“Finally, between 2015 and 2017, suspicious transactions that were analyzed and reported closed by our financial intelligence unit represented between 35 per cent and 60 per cent of all cases received,” he said.

Turnquest further highlighted that in one complex case, involving $3 million Euros worth of laundered money, the Government of Argentina publicly commended The Bahamas for the effectiveness of its international cooperation.

Despite this commendation, the Finance Minister admitted that the Government can and will do more.

To strengthen these efforts, Turnquest said the Government must buckle down and increase its assessments and improve the outturns of its enforcement teams as the enormous reputational damage on small nations caused by blacklisting and watchlisting mechanisms is a penalty too high to impose on the region.

“No matter how we strengthen our regimes, we will not be able to lift the deeply entrenched stigma on our nations if we are constantly viewed as injurious to the international banking system,” Turnquest said.

“Each country has its own unique circumstance when it comes to enforcement, but we can all appreciate the broader point: There is an imbalance of international pressure and scrutiny on countries in the region that have demonstrably high levels of political will, and are doing the work and producing results in line with our shared values and international commitments,” he said.

Turnquest said that earlier this month, he called on the International Monetary Fund to take a more active role in developing objective data on Money Laundering and Combating the Financing of Terrorism reforms in Caribbean jurisdictions in two specific areas.

“These areas included independently quantifying the economic and fiscal costs posed by international financial services regimes in the region, particularly to the European Union and countries in the OECD; and  quantifying how the returns to the OECD and EU from their emphasis on our jurisdictions line up with the costs they continue to impose on us relative to the tax base and financial crimes base which they seek to impact.”

Turnquest said The Bahamas must increase its collective efforts to challenge the system that disproportionately costs the region and undermines The Bahamas’ effort to attract foreign investment and promote economic diversity.