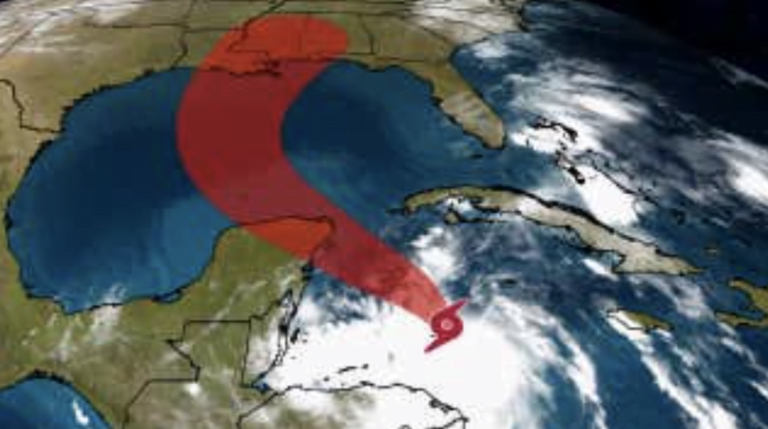 As of 1pm yesterday, Zeta was moving northwest at 10 miles per hour.

It had maximum sustained winds of 70 miles per hour with expected strengthening.

It is expected to move northwestward toward the southern Gulf of Mexico as of Tuesday before turning north toward the northern Gulf Coast on Wednesday.

Heavy rainfall is expected across the Yucatan Peninsula of Mexico, the Cayman Island and central to western Cuba through Tuesday, potentially causing flash flooding.

Between Tuesday and Thursday, heavy rainfall is expected over portions of the central US Gulf Coast into the southern Appalachians and mid-Atlantic states.

According to the center, there is also an increased risk of dangerous storm surge, wind and rainfall impacts from Louisiana to the Florida panhandle.

“Residents in these areas should monitor the progress of Zeta, as hurricane and storm surge watches will likely be issued later today,” the center said.

Tropical storm-force winds could extend up to 115 miles from the center of the storm.

When contacted, Chief Climatological Officer Geoffrey Greene said: “The outer rain bands as it moves over Cuba, some of them that could affect us in the central and northwest Bahamas with some adverse weather, including the occasional thunderstorm or heavy shower.”

As of 2pm yesterday, the storm was more than 660 miles to the southwest of New Providence.