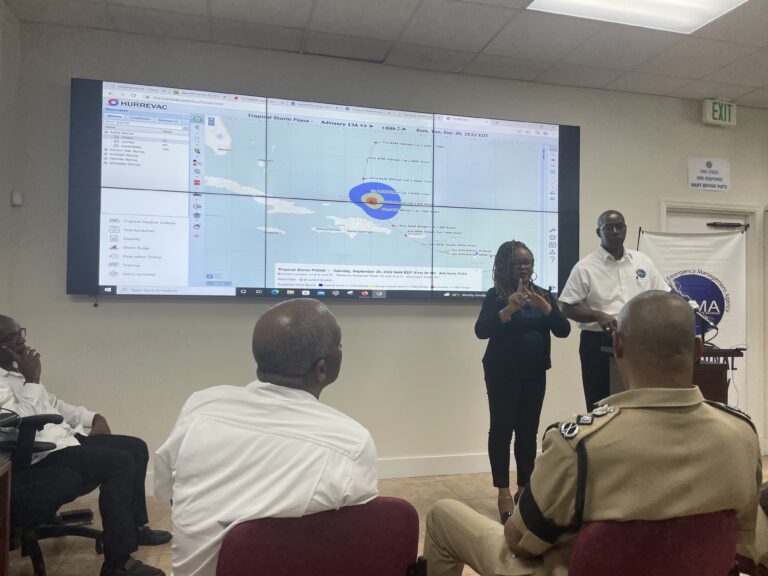 NASSAU, BAHAMAS — Some 22 residents in Mayaguana could be medically evacuated as early as tomorrow if Tropical Storm Fiona’s track continues to drift towards the west potentially putting the island in its direct path.

NEMA Director Capt Stephen Russell said all stakeholders are standing by to activate an evacuation plan if necessary, adding that plans for residents in Mayaguana will be refined tonight, with a view to relocated residents before a hurricane watch phase is activated.

Neil Campbell, Acting Director of Local Government, confirmed the island’s state of readiness with sufficient medication and groceries at a press conference held at the National Emergency Management Agency headquarters.

Forecast models project Tropical Storm Fiona will intensify into a Category 1 hurricane once it passes Hispaniola early next week and could strengthen even further up to a Category 3 by Thursday.

A hurricane alert is in effect for Inagua, Mayaguana, Acklins, Crooked Island, Samana Cay, and Ragged Island. Residents in those areas are asked to prepare for hurricane conditions as early as Tuesday morning.

Bahamas Department of Meteorology Director Jeffrey Simmons said: “Over the past several days Fiona was making a slow track towards the west, now Fiona is beginning to take a more north northwest turn, and then eventually a northwest turn that would put it on a path to take it to the east of Turks Island and Mayaguana and the southern islands of The Bahamas.

He continued: “We have issued this alert really as a precaution to please pay attention to what’s going on. There is the possibility that Fiona could drift more toward the west which would put it in the direct possibility of a direct hit to Turks or Mayaguana.”