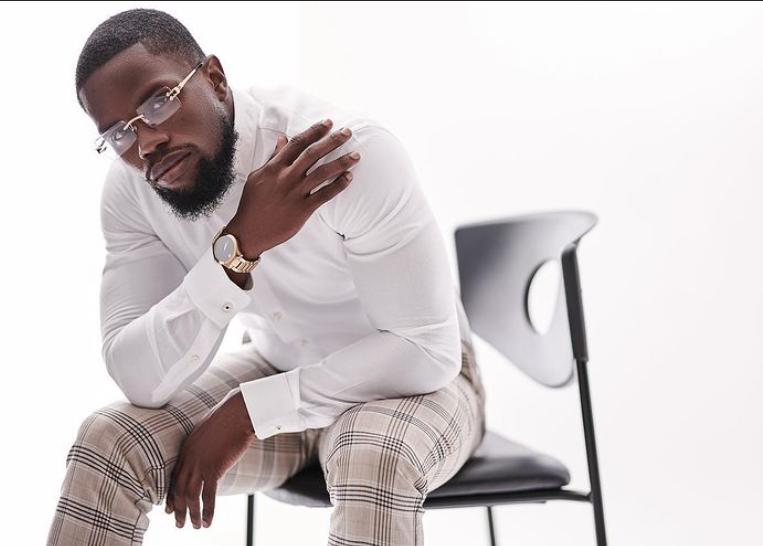 Judah Forbes, who also goes by his stage name “Ju”.

NASSAU BAHAMAS — Judah Forbes is a 28-year-old producer who is moving from behind-the-scenes and stepping into the forefront as an up-and-coming rap artist.

Forbes recently released the cover art for his first album, called “I’m Not A Rapper”, which embodies his swift journey of becoming a rapper and music artist.

In an interview with Eyewitness News, Forbes, who goes by his stage name “Ju”, admitted that he was not always inspired to be in the music industry.

He said he viewed himself as a guy to be behind the camera rather than the star of the show.

But his friends, like fellow musical artist Najie Dunn, encouraged him to step out of his comfort zone one day in the studio.

Forbes said that in the midst of the session, his friend paused the recording and told him he had a natural talent for rapping.

He added that although he was hesitant to pursue rapping, he realized he could make a positive impact.

“I realized I could be potentially motivating so many other people who have the talent but don’t even know it,” Forbes told Eyewitness News.

“I feel like this would be the perfect opportunity and the perfect platform to get people to step out of their comfort zone and to do something they didn’t even expect would be something great.”

“Trying to become a rapper was a process.”

He said trying to pronounce words, staying on beat and just being able to be in a creative mindset became challenging at times because everything was so new to him.

However, Forbes said that fitness being a part of his lifestyle aided in him using that same discipline in his music journey.

“Having fitness a part of my lifestyle and embarking on that journey definitely played a part within me wanting to continue to pursue working on this album,” he said.

“Fitness taught me to never give up and to keep pushing because the rewards are going to be so great you can’t see it in the beginning.”

“Ju” said he wants to create music that is a true representation of himself and that is timeless, inspirational, relatable and makes listeners feel good.

“Organic music; music that people can play over and over,” he said.

“I can’t cater to everybody, but the music that I’ll be creating and putting out there will definitely give you a feeling that ‘hey, this is me and I could relate to this.’”

He added that he gains musical influence from a range of artists such as Drake, Lil Wayne and Bahamian artists Twindem and Eman, to name a few.

Bahamian Producer Rashad McPhee, who goes by the name “Shaddy Einstein”, worked on the album with Forbes.

When asked about his experience working on the album, McPhee said: “My time working on this album was very interesting, funny and also some serious times.”

He said he was happy to help Forbes on this sporadic musical journey and also be featured on one of the songs, since he can also rap.

McPhee encouraged everyone to buy the album because he believes it is a great piece of work with a variety of different styles of music that listeners will enjoy.

Although Forbes said he is unsure if he will release another album, he said so far, he is grateful for the support he has received in this new endeavor.

He believes the album will inspire others to get out their comfort zone and try something new just like he did.

The “I’m Not A Rapper” album has 16 songs and will be released on major platforms including Apple Music, YouTube and Soundcloud.