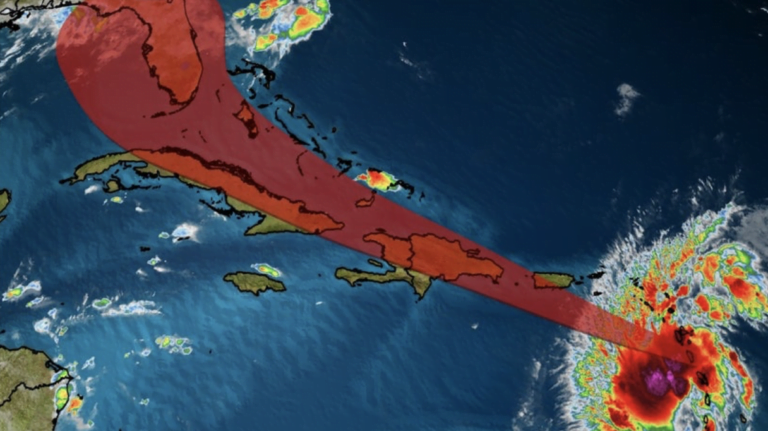 According to Senior Deputy Director in the Department of Meteorology Jeffrey Simmons, the system was expected to pass over The Bahamas as a “weak tropical storm”, beginning Friday.

The system is expected to become a named storm later today. It would be called Isaias.

A tropical storm watch also remains in effect for the Turks & Caicos Islands.

As of 8am, the center of ‘potential tropical cyclone nine’ was located 55 miles west-southwest of Dominica or around 840 miles southeast of Inagua.

The system was traveling west-northwest at 23 miles per hour. It is expected to lose some forward speed over the next few days.

On the forecast track, the system is expected to move over the Turks and Caicos Islands by Thursday evening and over the southeast Bahamas on Friday.

The system has maximum sustained winds of 45 miles per hour with higher gusts. It is projected to increase in strength today, before weakening on Thursday.

According to meteorologists, there could be some restrengthening on Friday.

“Localized flooding and gusty winds are expected in the aforementioned islands as the system approaches,” the MET Department said.

“Rainfall amounts of four to eight inches can be expected over the southeast Bahamas and three to six inches over the Turks and Caicos islands.

“Swells generated by potential tropical cyclone nine are forecast to affect the Turks and Caicos Islands and the southeast Bahamas on Thursday. Boaters in these areas should remain in port.”

The National Emergency Management Agency is hosting a press conference on the 2020 Atlantic Hurricane Season at 10am today.