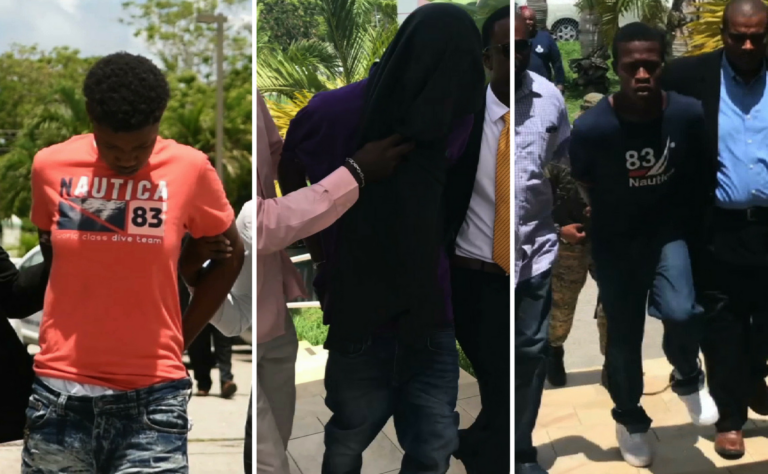 Monquella Dean, 18 and Anthonio Thompson, 18, and a male juvenile have been charged with the shooting death of Sean Augustine and the attempted murder of Jason Campbell.

According to police reports, on July 13, Campbell witnessed the trio Chasing Augustine on Baillou Hill road shortly after 2:00 a.m.

Both victims were shot and Augustine was pronounced dead at the scene. However, Campbell was transported to hospital where he was treated for his minor injuries and discharged.

The teens stood before magistrate Soubusola Swain in the Magistrates Court yesterday and were not required to enter a plea.

Bail was not granted and they are expected to return to the supreme court on October 18 for service of a voluntary bill of indictment.