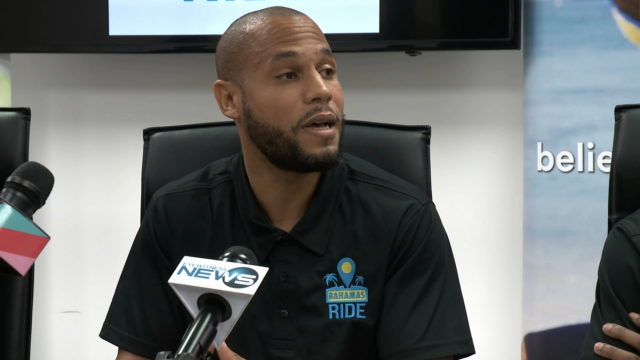 Taxi operators and owners of the new Bahamian equivalent of Uber – Bahamas Ride – shared mixed reviews with Eyewtiness News over the weekend when questioned about whether they experienced an increase in business during the fourth installment of Bahamas Carnival.

Only two however, said they experienced a spike in business, as a result of carnival patrons.

“I surely did experience an increase in sales during the carnival weekend,” said taxi driver Pauline Robinson, who said she was certain that the festival added to her overall increase in profit on the weekend.

“I don’t work at night, but I worked during the day and it was really good. I experienced almost a 20 per cent increase in business this weekend.”

“They all make money,” said Smith.

“They might not make it the way they want to make it, but everyone made money. I (have) been in the business for about 55 years and I would believe that they made a profit from carnival. I know everyone made a dollar.”

But a number of other taxi drivers sang a different tune.

“Let me tell you when I will respect carnival,” shared Earnest Munnings, taxi driver.

“When we have a situation where we have inventory and all the hotels are over booked. But this carnival, and the previous ones, nothing happened.

For taxi operator Patricia Ferguson, none of her customers were in town for the three-day event.

“I saw some visitors, but personally I didn’t drive any of them,” shared Ferguson.

Meanwhile, one taxi operator said carnival was a hindrance to his business over the weekend.

“I got caught up behind Enigma. I don’t particularly like it. I live in Fort Charlotte and the inspector didn’t want to let me through by Clifford Park and I had to beg to even get home.”

Taxi driver Randal Rahming also suggested that the jitneys, which pass the airport on a daily basis, could possibly be the reason why taxi drivers did not experience an increase in profit over the carnival weekend.

“The jitney’s pass right here by the airport,” said Rahming.

“There is a lot of people that walk out from the airport and catch jitneys. So, when it comes to the carnival, we didn’t really make anything much off of it.

“From what I’ve been hearing, none of them (taxi drivers) have been saying we got a good contribution from carnival as it relates to customers coming out and catching the cabs saying they came here just for carnival.

“You could see how hurt drivers are by carnival because it’s nothing beneficial in it for cab drivers.”

But where taxi operators remain split on the discussion of carnival business, new kid on the block Bahamas Ride, confirmed that carnival provided a 20 per cent increase in business.

“We experienced a 20 per cent increase over the carnival weekend. It was very good for us.”

He said he was surprised that the new business was an even split between local and foreign clients.

“Initially, we thought it was going to be predominantly tourists. But, it was actually 50 to 50 split; tourists to locals,” he said.

Transportation operators who experienced the hike in business over the carnival weekend said they look forward to the fifth installment of the festival.