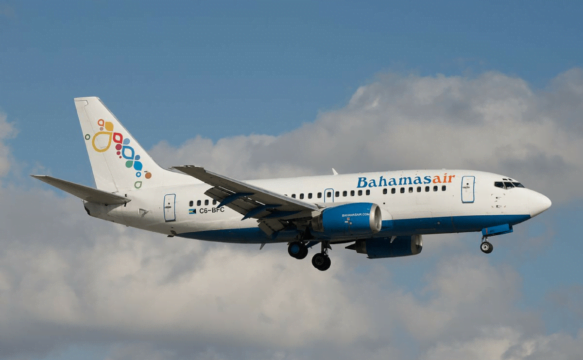 NASSAU, BAHAMAS – As The Bahamas enters a complete nationwide shutdown to prevent the spread of the coronavirus (COVID-19), non-residents and tourists are anxiously trying to leave the country.

Four days into a partial nationwide lockdown and a mandatory nightly curfew, Prime Minister Dr Hubert Minnis yesterday announced the closure of the nation’s borders to all visitors, and introduced a 24-hour curfew with the exception of visits to essential services.

Bahamasair has announced the suspension of all scheduled flights until the end of the month following the expansion of the orders.

A Canadian couple living in Abaco said they are afraid they may be stuck in the country with no way to return home during the pandemic.

In a correspondence to Eyewitness News today, the pair said they were headed back to Canada on April 6 on a Westjet flight, but received a email saying that all flights from Nassau were discontinued as of Sunday.

They reportedly booked another flight for March 26 with Bahamasair and Air Canada, however the latest measures announced have made that all but impossible.

“This has caused a great stress on us,” they said.

“…We are now stuck here as Bahamasair will stop flights from Marsh Harbour to Nassau.”

They noted that while there is a last flight for Air Canada from Nassau on March 27, they have no way of leaving Abaco.

“It is too bad that the Bahamian government did not a least hold off on the closure until March 31st at the latest,” they said.

“We understand totally the seriousness of the situation of COVID-19.”

The pair, who are seniors, are second home owners and have been in the country since January. They have also been traveling to The Bahamas since 1968.

Bahamasair was expected to operate a limited schedule of flights today and change fees across all fares will be waived through May 31.

On Sunday, the U.S. Embassy in Nassau issued a health alert advising all citizens who need to return to the country to do so immediately.

Today, the embassy released a list of available commercial flights back to the US from The Bahamas.

The last flight listed was to Tampa on Silver Airlines at 3.20pm.

In a post on Facebook, the embassy wrote: “These very few remaining commercial flights may cease at any moment and without notice due to the lack of passenger volume. If you need to return to the U.S., you must depart now or be prepared to remain in The Bahamas for an indefinite period of time. Do not wait.”

Asked whether there is any contingency for U.S. citizens who cannot return home, a  U.S. Embassy spokesman told Eyewitness News today that they are “exploring all options to assist U.S. citizens in returning home and at this point we are encouraging and urging any U.S. citizens who needs to return to the U.S. to do so via commercially available means.”

He was unable to provide any further details at this time.