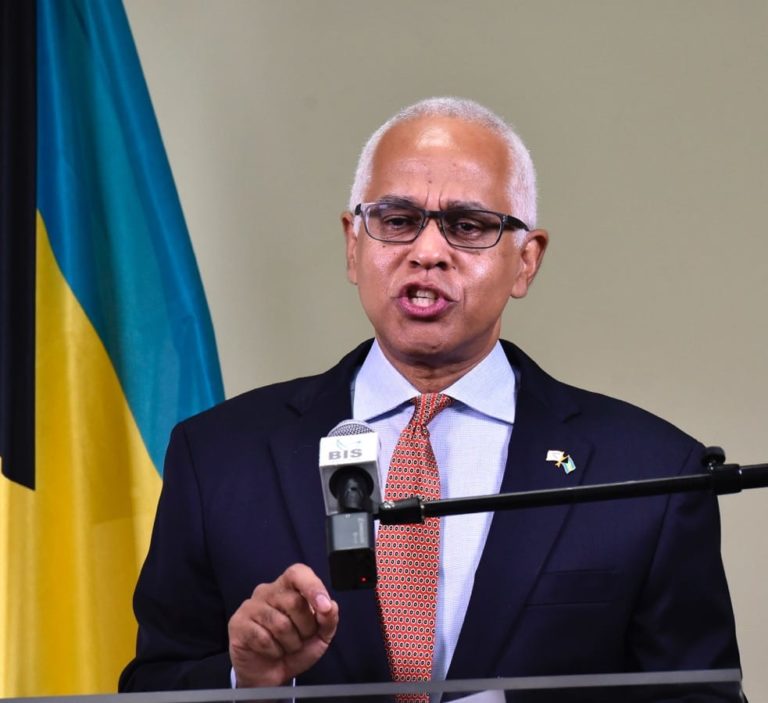 NASSAU, BAHAMAS — Tourism Minister Dionisio D’Aguilar said today his ministry has recommended that hotels across the country resume full operations, including use of beaches, on October 15.

During a press conference, D’Aguilar unveiled the ministry’s ‘vacation in place’ (VIP) tourism initiative which seeks to flip the mandatory quarantine period into a luxury experience.

However, the minister warned Bahamians should ‘temper’ their expectations over the country’s tourism product in the short to medium term.

“It is important that Bahamians temper their expectations of what they expect the tourism product to look like in the short to medium term,” he said.

“Our recommendation to the government will be a October 15 2020 reopening of for hotels on all islands to resume full operations and the full use of beaches, a critical component of our tourism product and the number one reason why persons come on vacation come to The Bahamas. This will allow our land based tourism to ramp up and benefit from the traditional Thanksgiving travel period leading into the Christmas and New Year’s period.”

D’Aguilar noted international airlines are beginning to resume services to The Bahamas, albeit with much lower passenger volumes.

Local carriers will be allowed to resume domestic flights later this week and international flights in tandem with the reopening of hotels, he said.

As for the cruise industry, D’Aguilar said the outlook was far more grim.

“Unfortunately there is no good news to report,” he said.

“I have been in discussions with the major cruise lines and none of them have received  an indication from the Centre for Disease Control (CDC) on when the no sale order will be lifted.

The minister added that cruises originating out of the United States my not resume until late October or November.

Still, D’Aguilar said there are some positive signs in the industry with cruises to Europe resuming.

He added the industry has indicated that there is still strong demand, which the country is well positioned to take advantage of.

Maybe Tourism Minister Dionisio D’Aguilar did not get the memo. That “VIP” concept has been tried and failed in South East Asia ( Thailand, Vietnam, Cambodia). No one wants to go on vacation and be held prisoner at a hotel. The reason people travel is to experience and immerse oneself in the culture and people of the country. There is a rude awakening on the horizon for the Bahamas in regard to tourism. It is competing with countries like Jamaica and The Dominican Republic. The latter of the two does not have the current restrictions on its incoming tourist. In the DR a rapid covid test is provided at no charge if the traveler has no PCR test available. Also additionally they are providing all tourist checking into a hotel travel insurance which also covers COVID-19 free of charge thru December 31, 2020. It seems like the Dominican Republic wants there economy to recover and are taking the steps necessary to accomplish that.

The lack of proper planing and knee jerk action is ultimately what will kill our economy. I have never seen such disorganization and poor planning. Over the years I have consulted with many businesses both large and small. If a company was ran like this , it would have no chance of survival. Let’s hope that we can recover from the economic damage that has already done by this government.

VIP = quarantine = house arrest. People do not pay for the privilige of being trapped in one hotel. Hundres of repeat guests, 2nd homeowners, etc are saying all over social media they do not want a big hotel and will not travel to be locked down on arrival. But i guess foreign owned hotels be most important to pacify??? Open the countey with negative test required for entry and choose a new test that doesnt pop positive on dead Covid cells as reported by the BBC…..

You are so right looks like this Ministers are amateurs and have no definite plans for nothing and what they do have is like the country, outdated, this people need to step up on their leadership, very very weak leadership almost like they don’t care or probably don’t have the connections and knowledge to do anything better to their country, they are operating like a pre historical era, nothing is innovated in the country, like wow people, they need to follow some better trends.