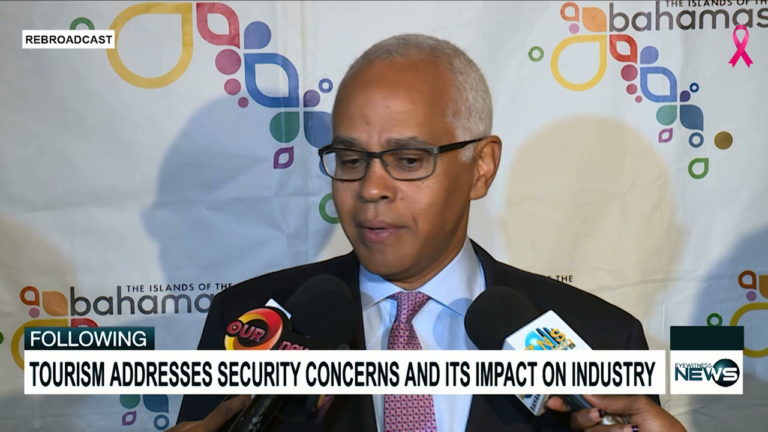 Officials of The Bahamas Ministry of Tourism and Aviation on Wednesday hosted a one-day Tourism safety and security workshop for tourism industry stakeholders and law enforcement agencies.

The workshop, held at the British Colonial Hilton was facilitated by the Ministry’s Visitor Safety and Security Department, and was held to offer strategies that would bring greater safety and security for tourists.

Commissioner of Police Anthony Ferguson said while crime is down, there are always rogue elements that interfere with the tourism product. The Americans are extremely vigilant of monitoring our crime and are quick to report to their citizens of events, and that reflects poorly on us,” said Commissioner Ferguson.

“I have started a quarterly meeting with the Embassy so we can discuss the issues we have so we are not blindsided by travel advisories.”

The U.S. Embassy has issued three advisory warnings for the year thus far.

“I want them to talk to us and for us to talk with them; bear in mind there is no way that any destination in the world can eliminate crime 100 per cent.”

Superintendent of Police Stephen Dean who was in attendance at the workshop also pointed to the number of crime reports that they receive, one primarily being the harassment of tourists to purchase drugs.

“The sad thing about crime is you just need one instance and it can ruin it for everyone,” Supt. Dean said.

Joy Jibrilu, Director General of the Ministry of Tourism also noted the importance of the workshop.

“Crime, and more importantly the perception of crime is an attack on our number one industry.

We are competing in a world that is increasingly recognizing the value of tourism. No visitor or local should have to question whether or not they can trust a jet ski operator or walk in our city’s center without the fear of being victimized,” Jibrilu said.