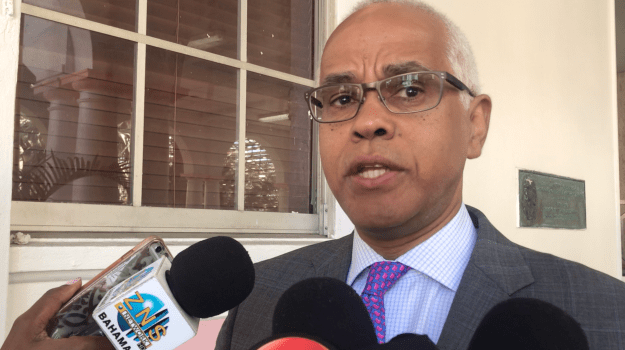 NASSAU, BAHAMAS — The Ministry of Tourism is the latest government entity to fall victim to a security breach, according to Minister of Tourism Dionisio D’Aguilar, who told Eyewitness News Online that his ministry’s information systems were infected with a virus Tuesday.

The virus impacted a host of digital files.

“We found a virus on our server that began to corrupt some files,” the minister said.

“The servers were shut down immediately.”

Although D’Aguilar said he not believe sensitive information was compromised, he noted that an investigation will be launched to determine the exact extent of the breach.

D’Aguilar admitted that the breach was ultimately a result of complacency.

He told reporters that the government “got a little complacent.”

He added, “The question is not how it got there, it’s what can we put in place to prevent it from getting there. [You can’t] think that [just because] you bought an anti-virus software 10 years ago that it’s still going to work today. It’s unrealistic.”

Notwithstanding the security breach, the minister said he believes the situation is manageable and can be repaired.

It is unclear if and how much the breach has cost the government.

D’Aguilar yesterday refuted suggestions from some quarters of the public that the ministry contracted information and technology consultants previously engaged by a company he owns.

He said, “We have sufficient expertise to do that. We have a very robust I.T. department.”

In January, the Broadcasting Corporation of The Bahamas was partly shut out of its internal systems for days after hackers, believed to be overseas, infiltrated the corporation’s servers and demanded it hand over between $18,000 and $20,000 in the cryptocurrency, bitcoin.