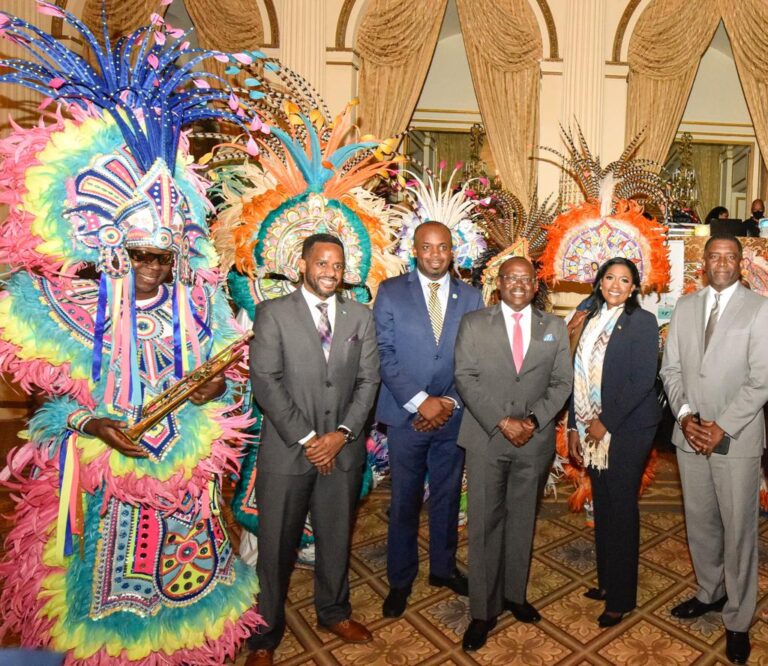 NASSAU, BAHAMAS — With visits to New York and New Jersey earlier this week, the Bahamas Ministry of Tourism, Investments & Aviation (BMOTIA) continued its series of global sales and marketing Missions.

According to a press release from the ministry, the missions are an effort “to re-engage tourism partners and further boost visitor arrivals”.

Chester Cooper, Deputy Prime Minister and Minister of Tourism, Investments & Aviation, led a delegation of senior tourism officials – including Latia Duncombe, Acting Director General – to participate in a lineup of meetings in the tri-state area with key stakeholders and media from across the tourism industry.

Cultural events were also held at The Manor in West Orange, New Jersey as well as The Plaza Hotel in New York City on the evenings of 28 and 29 September respectively.

“The tri-state area is the premier media market in North America and a key business gateway for the Northeast MICE and romance markets that could benefit the entire Bahamas,” said Duncombe.

“Through these missions, we brought a taste of The Bahamas directly to top producing sales and media representatives across the tourism industry, to educate them on the diversity of offerings for travelers to our 16 unique island destinations and to encourage future visits and business opportunities.”

Guests were transported to The Bahamas via a three-course dinner boasting a Bahamian-inspired menu and cocktails, music and a Junkanoo performance. A live Q+A panel shined a light on The Bahamas’ tourism numbers, plans for future growth and innovation, and other aspects of The Bahamas.

The series of events kicked off earlier in the month in Fort Lauderdale and Orlando, Florida. Upcoming stops in the U.S. and Canada include: Raleigh and Charlotte, North Carolina; Toronto, Calgary and Montreal, Canada; and Los Angeles, California. The BMOTIA will also head to Atlanta, Georgia and Houston, Texas in the future.

In addition to major travel hubs throughout the U.S. and Canada, the delegation will be heading to Latin America and Europe to bring a taste of Bahamian culture directly to key international markets across the globe to inspire travel to the destination.