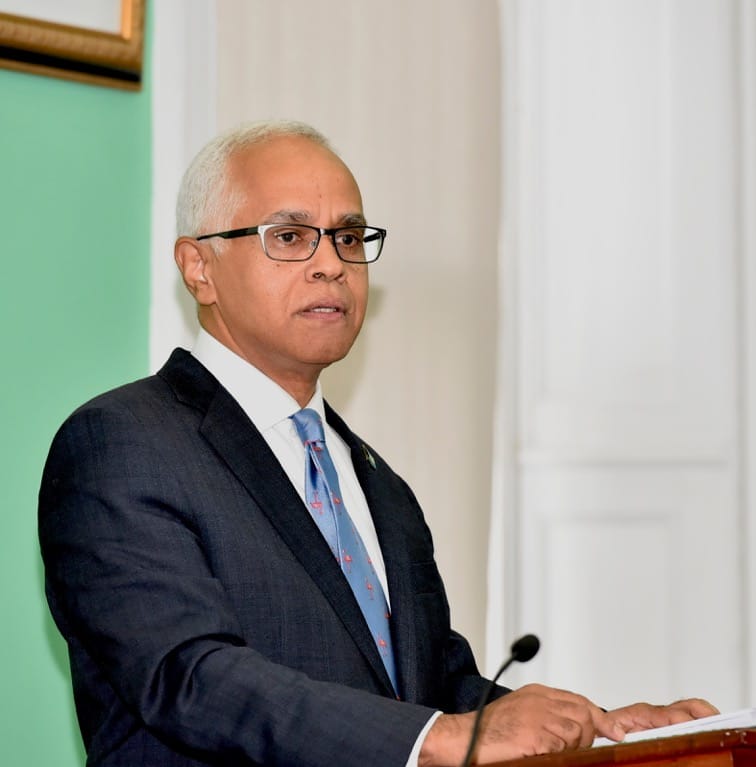 NASSAU, BAHAMAS — Minister of Tourism Dionisio D’Agular said yesterday that the country is still on track to remove the mandatory 14-day quarantine period for travelers on November 1.

D’Aguilar’s comments come just days after a senior health official indicated that The Bahamas is not prepared to welcome tourists next month, given the continuous rise in COVID-19 cases.

He noted that with the new testing mechanism being implemented for travel, along with the access to up to 3 million rapid antigen tests, The Bahamas must attempt to jumpstart the economy again.

The ministry advised yesterday that it has formed a public-private partnership with the Living With COVID Coalition (LWCC) to secure millions of World Health Organization approved rapid antigen tests.

D’Aguilar noted that those tests will be able to support the ministry’s testing mechanism on arrival and four days after, to be able to remove the mandatory 14-day quarantine, which is a major impediment to tourism.

“It’s not just the test, it’s the frequency of tests and the other protocols that are in place,” he said.

“In my opinion, we have a robust testing regime that’s going to replace the 14-day quarantine. As a result, that is going to make us more attractive as a destination.”

The ministry recently announced new travel protocols which will require visitors, returning citizens, and residents to obtain an RT-PCR (swab) test no more than seven days before traveling to The Bahamas.

A rapid antigen test will then be conducted upon arrival and again five days (96 hours) after their arrival.

The tourism minister noted that despite the new measures, the cost of the visa and the testing will still be impediments to travel, especially when compared to other destinations such as Mexico and Jamaica, which do not require such protocols.

“Is it perfect, absolutely not,” he continued, “Are there concerns? I’m sure there are.”

He said the country must attempt to reopen the economy in the safest possible way.

“If we don’t make an attempt to open, the impact will go from short-term to long-term.

“But we must do it in the safest possible way.”

Pointing to that the mandatory 14-day quarantine process, D’Aguilar said that that is also not a fail-safe, given the need to comply with quarantine.

“How much compliance are we getting with that? We don’t know. We don’t have that data.”

While appearing on Guardian Radio talk show “The Hit Back” with Nahaja Black last week, Director of the National HIV/AIDS Dr Nikkiah Forbes said The Bahamas is still under a surge and its health system is being strained.

Forbes said removing the quarantine could come with several challenges, urging caution to “use the time to get this right and to do it properly”.

When asked to rank the preparedness of the country to reopen on a scale of one to five, with one being not prepared and five being the most prepared, she indicated that given the current state, The Bahamas stood at a one.

“We have a lot of work to do still to get control of this outbreak,” she said.

So for a family of 4, the cost to visit the Bahamas is now broken down as follows:

If on day 5, one person is b positive, what happens with the person.

A positive visitor that requires hospitalization, Bahama hospitals don’t have enough room fot Bahamiqns so where would the visitor receive medical treatment?

Who is following up on the visitors on day 5 tp make sure the repeat test is done?

Compare that to the Dominican Republic that tests you free upon arrival(random testing) and offers free travel insurance. Where you think the tourist will go.