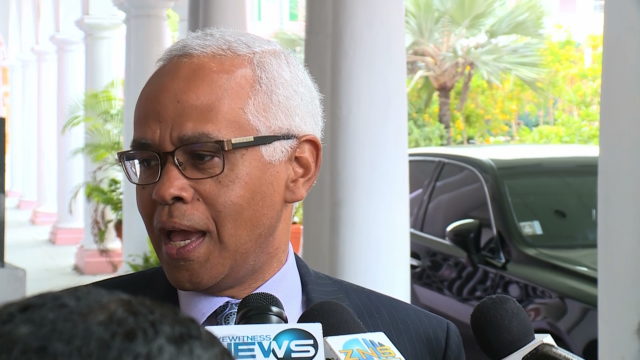 Tourism and Aviation Minister Dionisio D’Aguilar spoke to reporters outside of Cabinet Tuesday and announced that, in just a few months, there will be a system set in place to prevent pilots from taking family and friends on private trips.

According to the minister, it’s an effort to crackdown on ‘air hacking’.

“It is my intention to put in place regulations for the fixed place operators for the terminals for which they go, general aviation, to check their paperwork before they go onto the ramp and when they get off the ramp,” said D’Aguilar.

“Because the license to carry people commercially are a little bit more onerous they’re saying These are all my friends and family they’re not paying. They’re circumventing the system, and that’s hacking.”

D’Aguilar said the new system of checking paperwork with a fixed threshold of passengers each month on a pilot’s trip will be done in an effort to empower the fixed-based operators and ensure there is no hacking of the pilots.

“We intend for the fixed-based operators to check how many times they fly in and out and how many people they’re carrying,” he said.

“And so, if you are carrying more than a certain number of passengers a month, you will reach that threshold and automatically trigger going into a different category.

“We’re removing choice from the pilots to determine whether it’s a commercial to carry your friends or family.”

The minister’s announcement follows the death of six persons who were involved in a private plane crash back in January. According to police reports, the pilot had only 60 hours of training and was unlicensed.