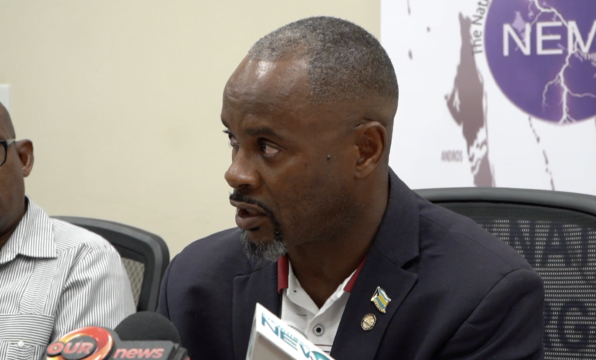 Minister of State in the Ministry of Disaster Preparedness, Management and Reconstruction Iram Lewis

NASSAU, BAHAMAS – The Government has spent approximately $20 million to-date on debris collection within the Hurricane Dorian disaster zones, according to Iram Lewis Minister of State for Disaster Preparedness, Management and Reconstruction.

Lewis, while addressing Parliament yesterday noted that Hurricane Dorian had left behind an ‘unprecedented’ amount of debris.

“To-date we have spent approximately $20 million on debris collection within the disaster zones,” he said. This was all spent on Bahamian companies.  Since mid-February the Authority has been reviewing existing collection contracts, preparing to augment collection in areas not covered by those contracts.

“We are making steady progress on the mainland of Abaco and Grand Bahama. We will be increasing and focusing our efforts throughout the Abaco cays.

Lewis also noted that it is estimated that the total cost of infrastructure repair in the affected areas could be in excess of $100 million.

“The Ministry of Works has provided the Authority with a comprehensive list of infrastructure projects for the disaster zones,” he continued.

“These include roads, bridges, seawalls, docks and government buildings that all have been damaged to varying degrees by the storm. We are in the process with the Ministry of Works of completing all assessments for government facilities and prioritizing the restoration of infrastructure that has already been assessed.

“It is anticipated that the total cost of infrastructure repair could be in excess of $100 million.”

According to Lewis, a target period of 24-36 months has been set to have all docks and seawalls repaired.

Lewis also told Parliament that the Authority is working on the development of two 60-acre tracts, one in Wilson city and one in Marsh Harbour Abaco.

“The surveyor general has confirmed that the preliminary survey is completed,” Lewis said.

“The final plans are being properly documented so that formal plans can be introduced in an RFP we plan to issue by the middle of April. We hope work will begin on this initiative in the third quarter of this year.”

He said: “It is envisaged that the development will show innovative housing solutions that are sustainable, eco-friendly, energy efficient and meet our goal of building back better.

“Local and international developers will be invited to provide solutions for the two sixty acre tracts.”