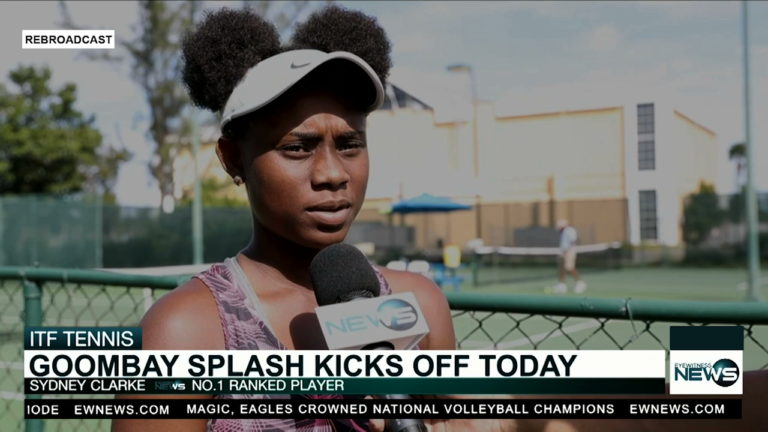 NASSAU, BAHAMAS – The 2018 Goombay Splash International Tennis Federation (ITF) tournament kicked off yesterday at the National Tennis Center. Both boys’ and girls’ doubles finals will be played on Friday, while the singles finals in each division take place on Saturday.

There are athletes from 20 nations competing in this year’s tournament, along with 11 local players, including Sydney Clarke, who is ranked No. 1 overall in her division.

“I plan to win titles in both singles and doubles categories,” Clarke said in an interview with Eyewitness Sports.

“Surprisingly, I don’t know a lot of the girls that are competing here, but I do know that they are highly ranked and extremely competitive. I’ve had a lot of success overseas this year, but I think this will be the biggest tournament for the year.”