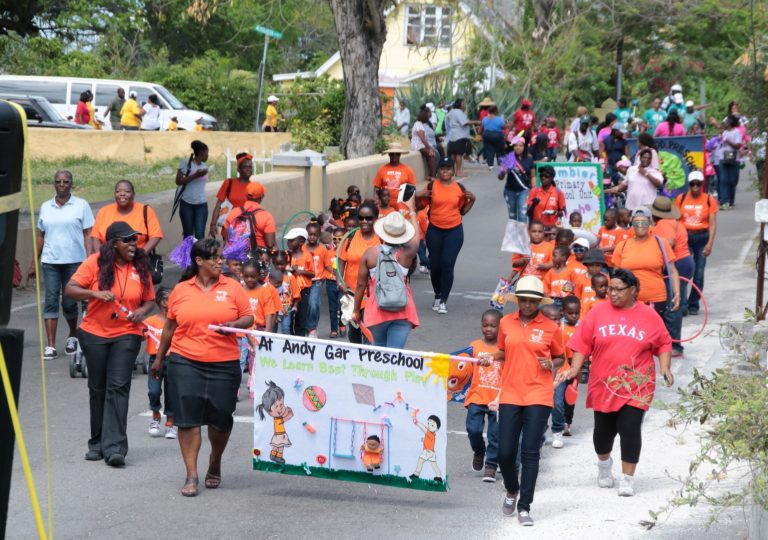 Hundreds of toddlers paraded through the streets of New Providence last Thursday as they participated in this year’s Costume Parade.

Epitomizing the 2018 theme, “Let the Children Play,” some danced, sang and clapped as they participated in this year’s Costume Parade. Toddlers and teachers representing twenty-two government pre-schools lined the streets and paraded from Augusta Street to Arawak Cay culminating activities in recognition of Pre-School Week, Thursday, April 19.

Clad in uniforms which identified their schools, the students processed behind colourfully decorated banners that highlighted the theme.

The students assembled at Heritage Park where they were given refreshing food and drinks.

The winners of the Sports Day held Tuesday, April 17, at Thomas A. Robinson National Stadium, were also announced.