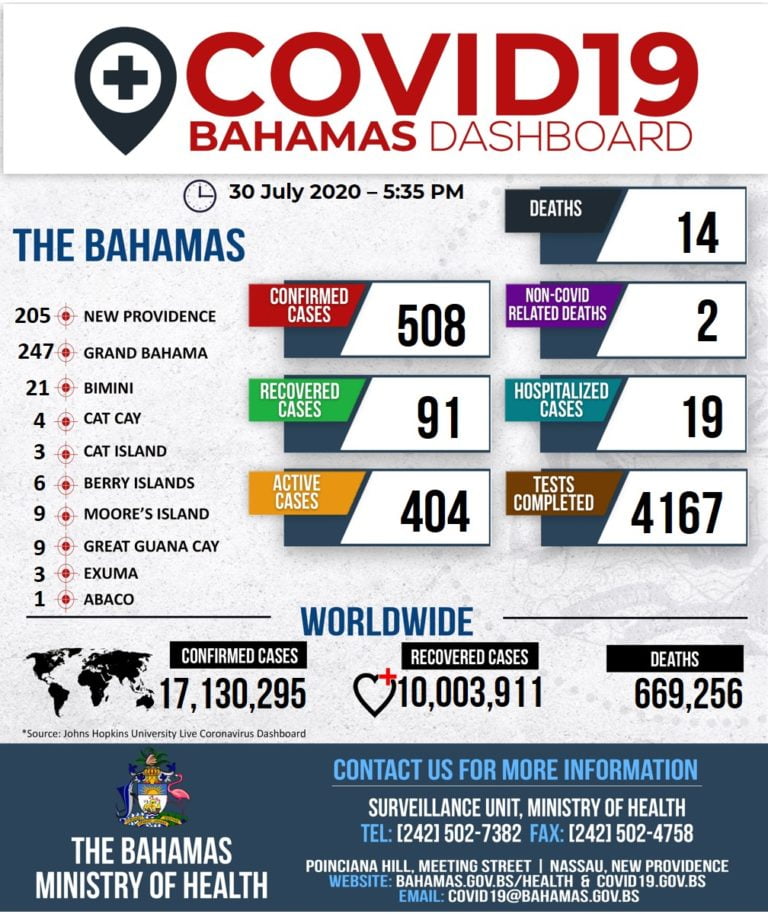 According to the Ministry of Health, three more people were also admitted to hospital.

No details on the deaths have been released, however health officials said more information will be provided at a Ministry of Health press conference at 3 pm tomorrow.

The last COVID-19 deaths were confirmed on April 23. The death toll now stands at 14.

While he acknowledged that health officials were probing the matter, Brennen did not confirm how many deaths were being investigated.

Eyewitness News understands that at least four people have died in Grand Bahama since Saturday.

Those patients were reportedly also suffering from a range of co-morbidities and underlying conditions, one of whom had been living with hypertension for years, according to sources.

On July 13, the ministry advised that its dashboard would be updated to include a tab for “non-COVID related deaths”.

This would classify a patient that was diagnosed with COVID-19, but the cause of death was not due to COVID-19.

This classification followed the deaths of two individuals, who were previously confirmed to have the virus, and a review was conducted which determined that the deaths were not due to COVID-19.

Of the new cases, 20 have been confirmed in New Providence and four in Grand Bahama, taking the number of cases in the country to 508.

The lockdown in Grand Bahama is expected come to an end on August 7 at 5am.

Of the confirmed cases to date, there are 247 cases in Grand Bahama, 205 cases in New Providence, 21 in Bimini, nine in Moore’s Island, nine in Great Guana Cay, six in the Berry Islands, four in Cat Cay, three in Cat Island, three in Exuma and one in Abaco.