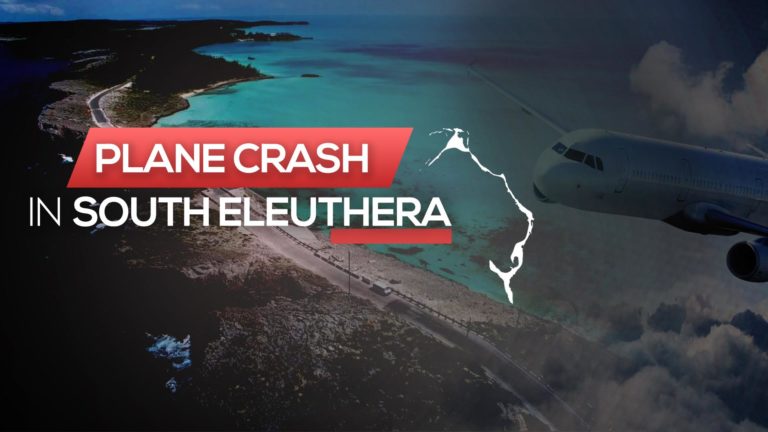 Three American men were killed after their twin-engine Cessna aircraft crashed and exploded into flames near the airport in Rock Sound Eleuthera Tuesday afternoon, according to investigators.

Eyewitness News was on the ground shortly after word spread of the crash, as first responders and island officials conducted their initial investigations.

The charred remains of the three men laid among the mangled wreck of steel. Eyewitnesses recalled spotting the plane having difficulty shortly after take off from the airport.

“The engine from the small plane appeared to be backfiring and it looked as if they were having some difficulty … Shortly after that, the plane went down and we heard an explosion,” one eyewitness said.

The crash site was estimated some two miles inland, in a bushy area that was difficult to access.

Island Administrator for Central Eleuthera Greg Knowles described the scene as something out of a movie.

“I have never seen anything like that in all my life,” Knowles said.

“To see those bodies burnt beyond recognition, you have to question what is man.”

Knowles said investigators are expected on site at daybreak to continue investigations.

The three victims were reportedly on the island for a fishing trip and arrived at the island on Sunday afternoon. They were on their way back to Florida but never made it.

Chief Air Accident Investigator Delvin Major told Eyewitness News that he and a team are expected on the ground Wednesday morning to begin investigating what led to the downing of that aircraft.

“The charred remains of the three men laid among the mangled wreck of steel.”
Just because it is fact, does that mean it has to be printed? Or maybe journalism could learn to show a little empathy to the family members of these men? Would you like to read about your loved ones this way? Would you want your father or grandfather to be shock value for the masses? You think maybe they have enough that they are dealing with that they dont need to read about their family members in such violent terms?

The great enemy death is difficult enough without painting a horror picture that can never be erased from loved ones minds. Tact and decorum would go a long way when reporting on these types of stories. Try to visualize your feet in the shoes of these family members when you read the violent words used in your report. To borrow the phrase from the above post, and “show a little empathy to the family members of these men.”

I knew one of the victums , Todd Crawford he was from Zanesville, Ohio, but had relocated to so Carolina back in the 1990s. married and father of twoo children….I also know his sister Peggy. Jesus Ransom give us the hope for being reunited with lost loveones who gone to sleep….John 5: 28, 29 ~ Revelation 21: 3, 4