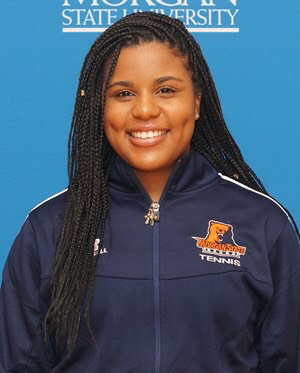 Former Morgan State University standout Danielle Thompson to be selected this week as a nominee for the 2018 National Collegiate Athletic Association (NCAA) Woman of the Year Award.

This year, more than 200,000 women are playing college sports, and the NCAA received a program record of 581 nominations for this prestigious award.

Thompson was named MEAC player of the week three times over the course of the 2018 season. She also helped MSU capture a team title for the first time since 1994.

She competed for the MSU Bears women’s tennis team in multiple events. Her win-loss record was 14-7 and she led the conference in total victories in singles.

Thompson holds the record for the most career singles wins at MSU with 55.