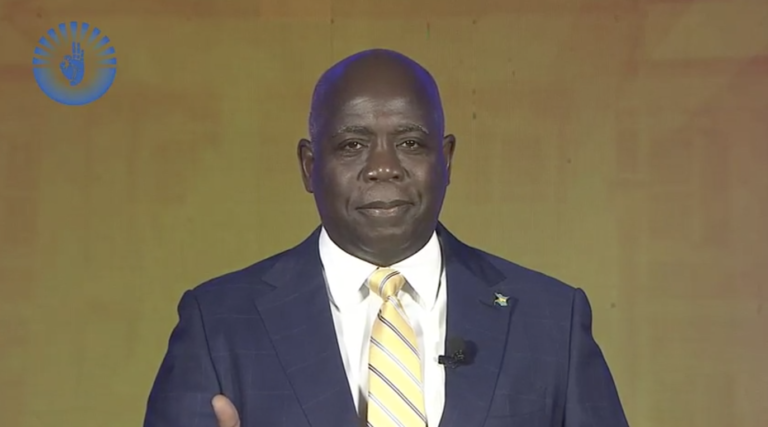 NASSAU, BAHAMAS — Progressive Liberal Party (PLP) Leader Philip Brave Davis yesterday accused the Free National Movement (FNM) of suppressing votes as the country heads into a general election, asserting that “a lot of Bahamians who want to vote aren’t going to be able to.”

“Everywhere I go, and it doesn’t matter where — if I’m over-the-hill or in San Sal or Crooked Island of South Eleuthera — everywhere I go, young Bahamians are telling me: ‘I want to vote, but I didn’t have time to register.’

“A lot of people were caught off guard.

“They didn’t think Minnis would call a snap election in the middle of our country’s worst month during this pandemic.

“In fact, he kept telling us that elections were not due until May 2022.

“And you know what?

“They think this government deliberately wanted to exclude young Bahamians.

“They believe the government didn’t give them enough time because they know young people are hungry for change, and this government can only offer them more of the same.”

He added: “Vote, because this year, a lot of Bahamians who want to vote aren’t going to be able to.”

Davis said it is shameful.

He said no matter the political disagreements, “we’ve never seen voter suppression tricks like this in our country before”.

“In a democracy, voters are supposed to choose their government, but in The Bahamas today, the government wants to choose its voters,” the PLP leader said.

“It’s wrong on so many levels, especially when you think about how much is at stake for young Bahamians.”

According to Davis, the future of The Bahamas depends on opportunities, a level playing field and land and homeownership.

He said the PLP’s “Blueprint for Change and Economic Plan” provides a way forward toward those goals and a bigger, more diverse and inclusive economy.

The plan focuses on creating new industries, expanding tourism and building wealth in the sector, creating incentives for entrepreneurs in renewable energy and strategically developing the country’s natural resources.

Davis pledged, if elected, to create a first-job apprenticeship program so young Bahamians can get a one-year subsidized job placement; establishing a new school of the visual, performing and recording arts; and revolutionize education with training in coding, digital marketing, e-commerce and design.

“Friends, I believe in the dignity and the potential of our people and you’re going to see that every day in the way we govern and in the policies we put forward,” Davis said.

“The current prime minister seems paralyzed, though, by how hard the problems are.

“I noticed the other day that Hubert Ingraham endorsed one of Minnis’ colleagues, but declined to endorse the prime minister. That tells you something, ‘ey?

“Don’t feel too bad for him. Don’t worry. I’m going to rescue him from a job he doesn’t really want and can’t really do.”

Davis said the country cannot afford another term under a Minnis administration, and encouraged the electorate to vote for an administration that is “ready”.