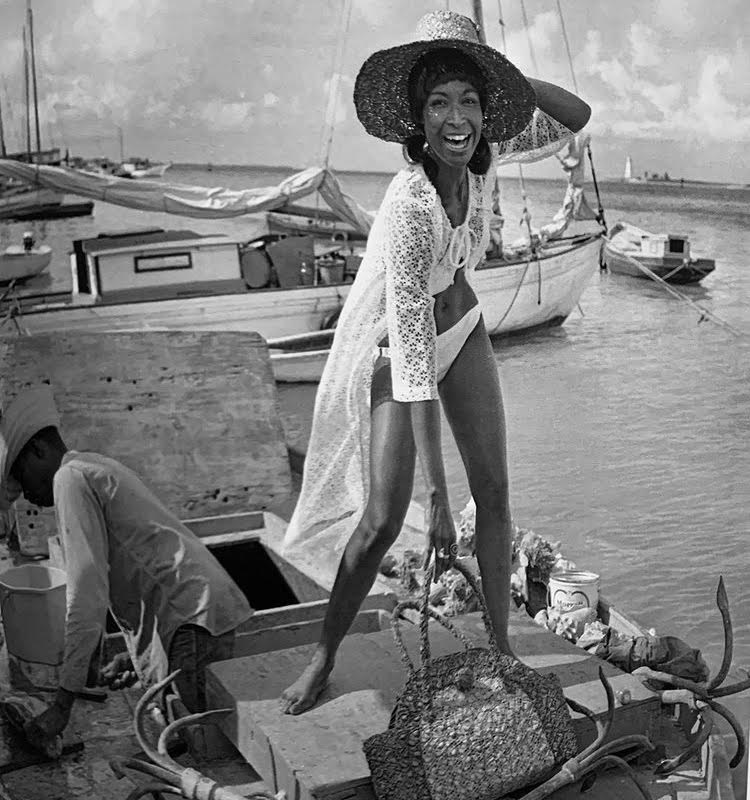 “There’s depth to our culture; there’s excellence in our culture that I think should be celebrated”

NASSAU, BAHAMAS — Bahamian Art Historian Tiera Ndlovu is turning back the hands of time and ushering a new generation into the annals of Bahamian history with her groundbreaking virtual archive Baha Archives.

The digital photo archive, which touts itself as an online history museum, features a gallery of over 400 timeless photos depicting ordinary Bahamian life from as far back as the early 1900s to snapshots of the monumental moments that have been etched into the Bahamian historical memory.

It had a timely launch, in January 2020, on the cusp of the COVID-19 outbreak that prompted organizations around the world to engage a quarantined audience with virtual content.

The project is hosted on both the photo-sharing social media site Instagram and the popular video-sharing app TikTok, amassing a combined 9,000-plus followers between both of the platforms.

The 23-year-old history buff curated the archive with the core purpose of bridging the gap in historical knowledge within a younger generation of Bahamians and the diaspora, asserting that the way our history is often taught within the school system misrepresents our true cultural identity.

In an interview with Eyewitness News, she said: “I definitely recognized that there were gaps in what we covered in history class, from primary school through senior high. I also realized that the curriculum was undeniably British-influenced, even though we are an independent nation.

“I found myself wondering: ‘Do we still need to speak about our history as if we only ever existed when in relation to Columbus or the British Empire?

“There is so much more to our history than that. There’s depth to our culture; there’s excellence in our culture that I think should be celebrated.”

The Lyford Cay School alumna said she conceived the idea to create an archival project at a research conference she attended during her time studying art history at Emory University.

“When I was at a research conference during my undergrad, the presenter was speaking on the different ways that western and non-western communities record history,” Ndlovu said.

She mentioned that the western way, or the American or European way, is to write it down and then it’s compiled into a book and that’s what is cemented as fact.

“Beyond the western community, it’s really not that clear-cut; the stories that are only recorded are oral history or even like pictorial history and those are just as valuable,” Ndlovu said.

“This light bulb went off and I was like: ‘This is how I do this at home.’

She admitted that at the time, she had already immersed herself in Bahamian historical research, hoping to present her findings to the public, however, she incurred obstacles throughout the initial process.

She recalled: “I’ve been wanting to know more about history across the nation but I kept finding myself hitting a stumbling block, and I was like: ‘This is what we’re taught. Where’s the rest? Where’s the rest of the story?’

“So, I just kind of shifted my focus.”

Ndlovu said the public has enjoyed the content, adding: “There’s a strong community that continues to come back and engage and share more stories, even sometimes sharing photos with me and then I post those.

Ndlovu shared with Eyewitness News that she herself has been astounded by the rich historical material uncovered during her research, citing her discovery of the first underwater film footage ever recorded having been filmed in Nassau Harbour in 1913.

The art historian who currently serves as a curatorial assistant at the Norton Museum of Art based in West Palm Beach, Florida, said she hopes to continue her work as a historical storyteller.

She said: “What I want to continue to do really comes back to an aspect of storytelling, whether that’s history, whether that’s helping someone run their own business or revisiting parts of history where I’m like: ‘How can we tell that story a little bit differently? ‘How can we shift our focus?’”

This is excellent! I love it! Way to go Tiera! I am proud of you beloved Niece ❤