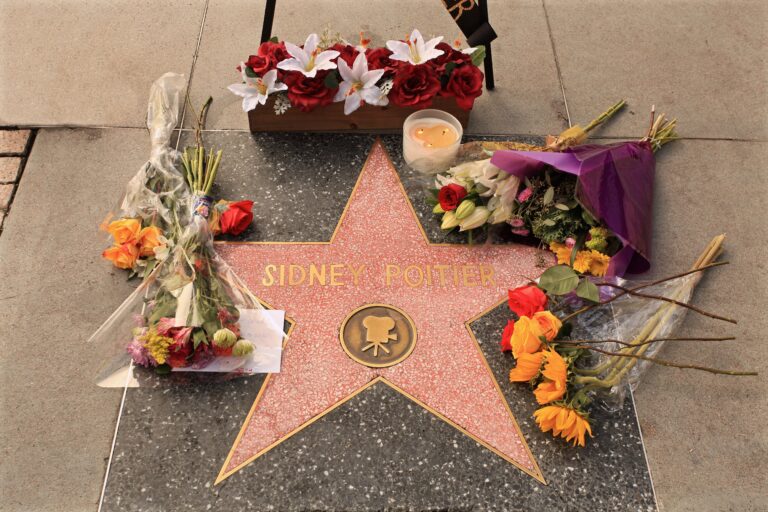 NASSAU, BAHAMAS — The legacy of Sir Sidney Poitier is a gift that The Bahamas shares with the world. From out-island tomato farm to the glittering big screen, the trailblazing actor’s meteoric life has inspired former and current prime ministers, presidents, and leading figures.

At home, a petition has started to agitate for Sir Sidney to be placed on the $10 bill as leaders consider how best to immortalize his remarkable journey.

However, given how pivotal Sir Sidney’s use of education was as a tool to achieve his goals – perhaps national machinations would best be served by fundraising in his honor to bolster educational opportunities for young Bahamians, particularly in the arts.

As we marvel at barriers he broke through to elevate himself to the upper echelons of society – we must ask ourselves whether opportunities for modern-day Bahamians are fully benefitting from the global advancements his work ushered in.

“I don’t know what they have in mind but definitely we can do more,” said Sir Arthur Foulkes, reflecting on how best the country could memorialize the magnitude of Sir Sidney’s legacy.

“I think Bahamians will recognize the impact Sir Sidney, it’s going to be lasting. Sidney was quite a remarkable human being, what he did in that big theatre of the United States of America as a little black boy coming from Cat Island who had to learn how to speak proper English and then to reach the heights he reached, that was quite remarkable and something to be very proud of.

Sir Arthur said: “Again it underlines something that I have been saying all along that I believe we are the most talented people in the world, on a per capita basis if you look at it.”

Underpinning Sir Sidney’s critical impact was not only his immense talent and magnetism, but his situational context to civil rights movements of not just one, but two countries, and his determination to lead both on and off the stage.

Davis gave a nod to the trailblazer during his address at the ecumenical service to observe 55 years of Majority Rule in The Bahamas.

“As a Bahamian with dual citizenship, Sir Sidney used his celebrity status in the struggle for civil rights — fighting racism, bigotry, and injustice in both the United States and The Bahamas,” the prime minister said.

“Many Bahamians still recall his speaking to the issue at a reception in his honour to the then United Bahamian Party (UBP) government in recognition of his Academy Award for ‘Lilies of the Field.’

Davis continued: “A well-known story in PLP circles is his assistance to the Progressive Liberal Party in the run-up to the 1967 general elections. There is an iconic photo of Sir Sidney and Sir Lynden at the back of an open limousine celebrating the 1967 victory. May he rest in peace.”

Appearing on the Roland Martin Unfiltered podcast, former Prime Minister Perry Christie also spoke on the stirring impact Sir Sidney’s films had on him personally both as a law student and later as a future leader.

Christie said: “If you look at the 50s when he did the film ‘No Way Out’, acting as a doctor, faced with bigotry and describing by this performance the ugliness of bigotry and demonstrating a very 21st century way of dealing with it and allowing us to know the level of dignified presence he had.

“He was a Bahamian who was an exemplar for the world.

“As a law student in England, I went to see ‘Guess Who’s Coming to Dinner’, and I left that movie theater feeling inspired, feeling a sense of satisfaction that I had seen a man who never compromised on his Blackness, who was prepared to demonstrate a level of dignity in the face of severe questioning, who understood who he was and was able to communicate that in the film,” Christie said.

“His magnificence as an actor was only reflecting what we have come to know were his personal values and what his personal beliefs.

“Sidney, much to his credit, was able to take his personal beliefs and have them enshrined in all of the diverse parts that he played in the movies.”

Christie said: “I honestly believe when we look at what happened in The Bahamas where we had a march to majority rule in 1967 up to that point we had a minority government running our country. Sidney Poitier was here to inspire the new government, to inspire them in their campaign, and to celebrate with them when, for the first time in 1967, January 10, 1967, when a majority rule government was formed in The Bahamas.

“That helped us on the road to independence because he also believed that we had to demonstrate as a country that we were capable of ruling our own affairs.”

Christie added: “To all persons who have some question as to what they could become, they despair because they had little education Sidney Poitier’s human experience must stand as one of the greatest sources of inspiration to all who would wish to achieve something for themselves…he did it, he achieved it, and he achieved a level of magnificence so this to me is the greatest asset to all of us that we should preserve

“To see the extent to which the world has acclaimed us, enables us to say to young Bahamians and for that matter people all over the world particularly in our region that anything is possible.”

The philanthropist and presidential medal of freedom recipient was the first black man to win an Oscar for best actor for ‘Lilies of the Field’ in April 1964. He served as a Bahamian ambassador to Japan between 1997 and 2007 and UNESCO.

The government named the bridge to Paradise Island after the Oscar-winning actor in 2012. Last January, Arizona State University announced it was naming its new film school, The Sidney Poitier New American Film School for his contributions to the world. And last month, it was announced that a Broadway play would be produced about his life.

At home, Chairman of the National Heroes Committee Father Sebastian Campbell has proposed the actor be placed on the $10 bill — displacing for the second time Sir Stafford Sands, former Minister of Finance and widely referred to as the architect of the modern Bahamian economy.

Sands was a member of the United Bahamian Party, which represented the interests of a white oligarchy in a pre-independent Bahamas, and his contributions are marred by what some Bahamians consider racist and discriminatory policies during that period.

“Ultimately it is a help to keep Sidney Poitier foremost in the minds of Bahamian people, especially our children,” Campbell.

“Placing his image on the money would be one of the most powerful and most compelling ways of keeping his image foremost because we’re dealing with money, currency every day and you must come across him every day if he is on the $10 bill.

Campbell continued: “I think the government made a mistake when they named the bridge after Sir Sidney because nobody even realizes or recognizes that there is a bridge named after Sir Sidney. I think that was a waste really and putting it on the money would put him in the hands of Bahamians and non-Bahamians alike and would give children to ask the question who was Sir Sidney and give the opportunity to really tell the story.”

Sir Stafford first replaced the image of Her Majesty Queen Elizabeth II on the $10 banknote in 2000 by the FNM-led government. He was removed by the Progressive Liberal Party, which returned the British monarch in 2005. Then springboarded back to the face of the bill in 2010, a commitment made after the FNM’s return to the office.

Campbell contests that Sir Stafford’s legacy was divisive and more relevant to the tourism sector, where his tribute would be better served. The former United Bahamian Party (UBP) Campbell, a native Cat Islander, has also suggested renaming the street where Sir Sidney grew up in Arthurs Town.

“What we are saying is don’t throw away Sir Stafford Sands, please get it right. Stafford sands would be more appropriately placed on tourism. He is the father of tourism you can’t deny that, although he so divisive in so many other ways, he is the father of tourism so I think the government ought to find a place…something to do with tourism in order to immortalize the contribution made by Sir Stafford Sands.”

For a man that has achieved the world’s honors while honoring his homeland, a spot on the national currency seems more than fitting but unimaginative.

Up until this point, it has been bestowed upon leading political figures Sir Milo Butler on the $20; Sir Cecil Wallace-Whitfield on the $5 banknote; Sir Roland on the $50; and Sir Lynden on the $1.