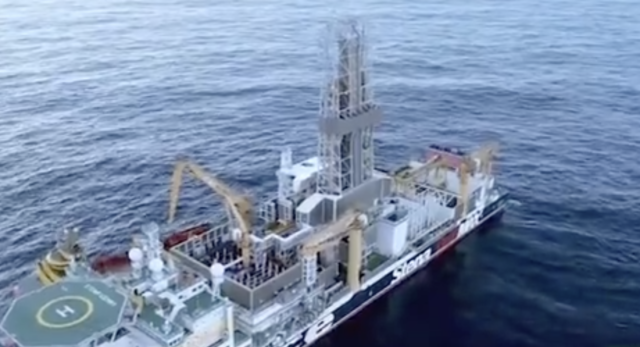 NASSAU, BAHAMAS — The environmental groups involved in judicial review proceedings of exploratory oil drilling in The Bahamas will be required to pay $200,000 as security for costs within the next 30 days to proceed.

The applicants were granted leave for judicial review proceedings in January.

Bahamas Petroleum Company (BPC), which was added to proceedings in January as an interested party that carried out the exploratory oil drilling, sought security for costs in the sum of $200,000.

The applicants opposed BPC’s application on the basis that they were fundraising to finance the judicial review.

BPC is also seeking to have all further proceedings stayed, pending the applicants providing security for costs to BPC.

Queen’s Counsel Clare Montgomery, counsel for BPC, submitted there was reason to believe that if BPC is successful in resisting the application for judicial review, the assets of the applicants may be insufficient to pay its costs.

She also made the case that security for costs was not an order requiring the applicants to pay any costs to BPC, but a protective measure to ensure that justice is done if the applicants are ordered to pay BPC’s costs following the trial.

However, Ruth Jordan, counsel for the applicants, argued there was no reasonable basis for determining the applicants would be unable to pay BPC’s cost if required to do so and the threshold test is not satisfied.

In her ruling, the judge said the court must determine whether the condition for the application of the act is satisfied, whether an order for costs would stifle the applicants’ claim and if not, in “what sum should security for costs be ordered”.

“While the applicants submit that the outstanding costs and awards are assets which are sufficient to pay the costs of BPC, I am not so satisfied,” the judge said.

“The applicants have not satisfied me as to if and when these costs orders and awards would be realized and made liquid.

“I am also not so satisfied that this qualifies as assets.

“Additionally, the uncontroverted evidence before the court by Mr [Joseph] Darville is that the applicants have succeeded in fundraising to begin the action and actively seek further funding to continue the action and they currently do not have sufficient liquid assets to set aside for an order for security of costs.

“To my mind, this evidence reinforces that the applicants may not be in position to pay BPC’s costs should BPC be successful in defence.”

According to the court, BPC submitted a draft bill of cost totaling just over $300,000 for professional fees.