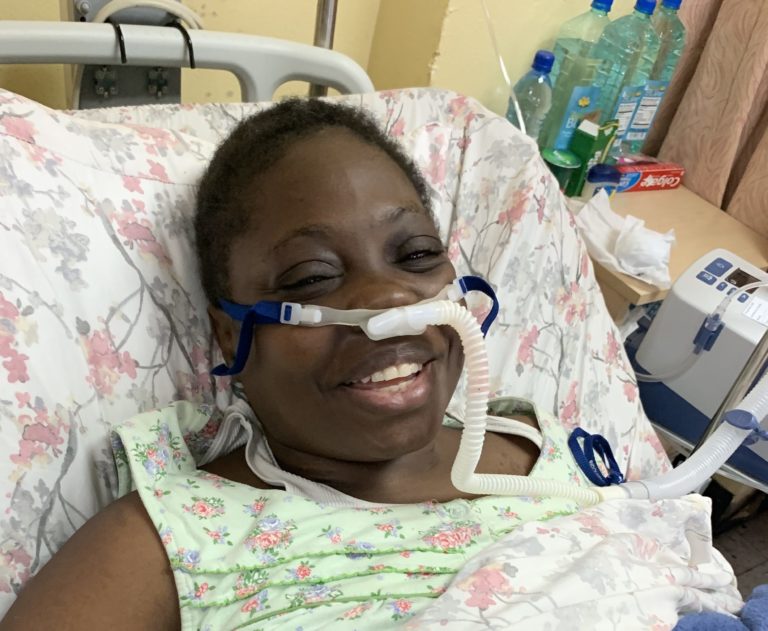 Still much work to do in tackling sickle cell, a public health concern

NASSAU, BAHAMAS – She was never supposed to live past the age of eight. Now, she’s 42.

Pamela Morrison has paid an exorbitant price for outliving doctors’ predictions. In battling one of the world’s foremost genetic diseases, sickle cell (SCD), the impact on her life has been profound.

Diagnosed with Hemoglobin SS at two, Ms Morrison’s life has been a blur of hospital visits. She has had her appendix, gall bladder and right fallopian tube removed, and a hernia repaired.

Beginning in her twenties, she suffered three strokes varying in severity. Rehabilitation from the second took three long years to bring the left side of her body out of paralysis.

She has been in intensive care, on life support and has been resuscitated on several occasions. During the 11 months she spent hospitalized last year she went into cardiac arrest three times.

“People do not understand sickle cell not even my own family,” said Ms Morrison, speaking from her hospital bed where she is receiving treatment for acute chest syndrome.

The irony does not escape her. Hemoglobin SS occurs when one inherits copies of the hemoglobin S gene from both parents. It is the most severe form of SCD, with individuals experiencing the worst symptoms more frequently.

An abnormality which causes red blood cells to become sickle or crescent-shaped blocking blood from reaching different parts of the body, sickle cell can cause pain and lead to bone and organ damage.

It affects millions of people throughout the world and is particularly common among those whose ancestors came from sub-Saharan Africa; Spanish-speaking regions in the Western Hemisphere (South America, the Caribbean, and Central America); Saudi Arabia; India; and Mediterranean countries such as Turkey, Greece, and Italy, according to the US Centers for Disease Control and Prevention.

Since last September, when the Bahamas Sickle Cell Association began tracking cases, 12 persons have died from the blood disorder. Still, the percentage of the country’s population that has the disease or carries the sickle cell trait is unknown.

In the US it is estimated that SCD affects approximately 100,000 Americans and occurs in one out of every 365 African American births.

As the world commemorates Sickle Cell Day, this Wednesday (June 19), for the local organization whose goal it is to raise awareness of the disease, there is still much work to be done.

“We are calling upon health institutions and the general public to pay attention to the SCD community,” said BSCA President, Kayla Smith-Mortimer who hopes to one day see the development of a national Sickle Cell Registry along with specialized centers to facilitate speedy access to pain-relieving treatment.

One way to improve the quality of life for those affected is to make medicine more affordable via inclusion on the NIB Drug Plan, the president said.

The expense of purchasing medicine crucial to staving off or riding through a crisis – the pain that can begin suddenly and last hours or days – is a heavy burden to those like Ms Morrison, a former kindergarten teacher and airport screener who last held full-time employment in 2009, due to her avascular necrosis (AVN), the death of bone tissue due to a lack of blood supply which could lead to the bone’s eventual collapse.

For a single mother living off National Insurance disability benefits, with the odd job here and there, there have been times she has had to choose between buying her younger daughter’s lunch supplies or filling her prescriptions.

“I’ll sacrifice to give her what she needs. Most of my medication is not on the drug plan and its expensive. I don’t have family members helping financially. Most of the time, I don’t take my medication because I have to support my daughter. Then, I get sick again. It’s a vicious cycle,” said Ms Morrison.

“When I feel myself getting really sick, I get my meds. I can’t be on a healthier diet because I don’t have the money. I have to eat whatever I can afford. A child should not have to suffer because of their parent.”

The future, however, does not appear to be much brighter.

“The last time I was discharged from the hospital they gave me a prescription for a wheelchair. I took that prescription and I tore it up,” she recalled.

“The doctors said the more I walk on my legs they are going to snap, but I have to walk because I’m catching the bus carrying my daughter to school. There are stairs where I live. Who’s going to push me in that wheelchair? Who’s going to get me from to and fro? If I’m in a wheelchair, who’s going to support my child?”

Although relatives take turns acting as a guardian for her younger daughter, for Ms Morrison her illness has been a lonely and isolating journey up to last year when she connected with the Bahamas Sickle Cell Association.

“They are a life-line. They are my support network,” she said of its members. “Support is like a medicine. It shows you there is something to live for. When you don’t have that support it’s like, ‘Why am I even here?’ Nobody cares except for my children.”

In the past, when her younger daughter needed her, Ms Morrison has checked herself out of the hospital or asked to be released. Although she has missed Annasia’s sixth grade graduation and the soon-to-be high schooler is anxious for her mom to come home, it doesn’t appear as if the patient will be leaving the hospital any time soon.

At the time of this interview Ms Morrison needed to have a port-a-cath implanted allowing easy access to a major vein for long-term intravenous therapy. She also required more than the pint of blood previously received.

“Doctors have told me I have nine lives. I always recover, but it’s because of my kids,” she said. “There is a stigma attached to the disease, but sickle cell is not a death sentence.”