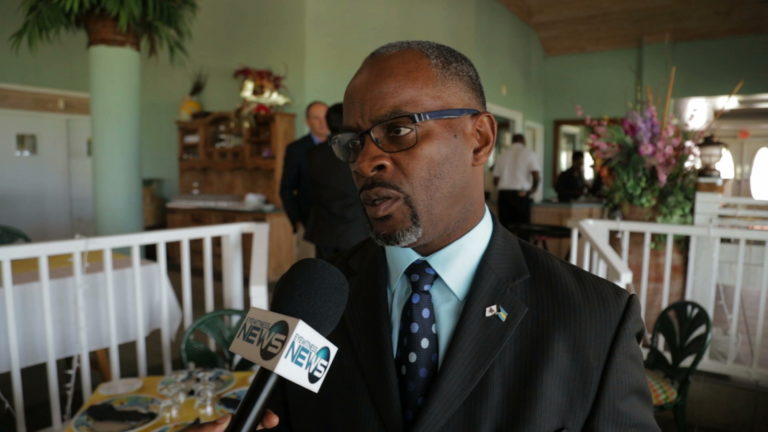 NASSAU, BAHAMAS – The government is still trying to determine how it will “manage” some 75 families who remain in The Farm shantytown on Abaco in the after of Hurricane Dorian, said Minister of State for Disaster Preparedness, Management and Reconstruction Iram Lewis yesterday.

Speaking to reporters outside Cabinet about the ongoing clean-up efforts on the island, Lewis said, “We are getting into the Farm Road area.

“…There are a lot of occupants in that area that we must somehow clear out, so that we can get to do the necessary clean-up, because we are not demolishing, everything is already demolished. We just have to get in there to clean up.

“There are residents in the area that need to be managed so that we can get to our work as we need to.”

Last week, Public Works Minister Desmond Bannister contractors commissioned to clear down the debris from the shantytowns on Abaco are waiting to get into The Farm but can’t because of occupants.

He did not indicate how the government planned to address the matter during his contribution to debate on the Disaster Reconstruction Authority Bill 2019.

Lewis said: “We cannot allow residents to be in the area while we are doing our work.

“We have to assure that we are allowed to do our work in a safe manner, that there aren’t any obstructions from persons who might be moving through the area, whether they may be NGOs or persons seeking shelter.

“So again, it’s posing a challenge, but we will do it the right way, the humane way, to ensure that we have these areas cleaned up.

“…There are some makeshifts dwelling there, there are some tents there that we must deal with and we will have to do it as soon as possible to ensure that we can clean up those areas and we can reconstruct properly.”

Dorian pounded the islands of Abaco and Grand Bahama between September 1-3, claiming the lives of a confirmed 67 people — and displacing thousands, many of whom resided in shantytown communities in Abaco.

The Category 5 storm destroyed the two largest of the six shantytowns on the island – The Mudd and the Peas.

Following the storm, the government issued a cease order with immediate effect for The Mudd, The Peas, Sandbanks and The Farm in order to prevent anyone from building or developing in those communities.