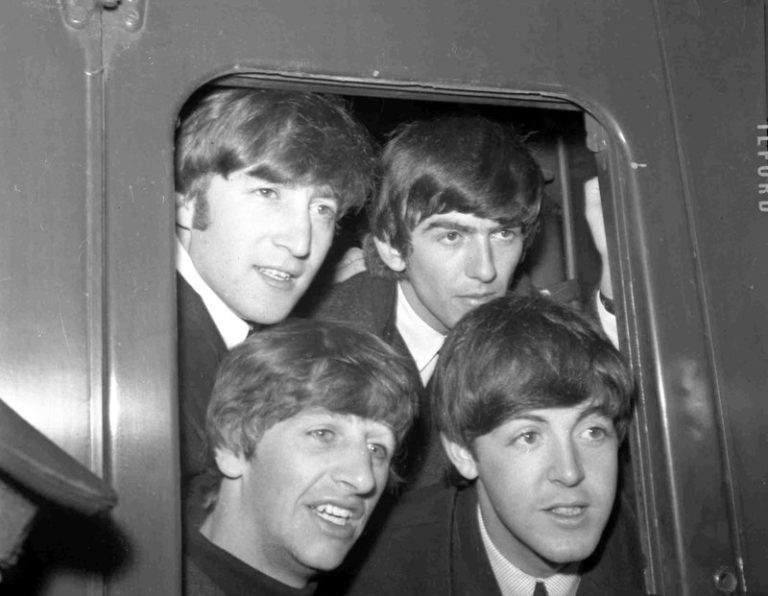 FILE - In this March 2, 1964 file photo, Britain’s pop group The Beatles, from top left John Lennon, George Harrison and from bottom left, Ringo Starr and Paul McCartney pose in the window of train at Paddington Station in London. Two new children’s books will add pictures to the words of Lennon and McCartney. Simon & Schuster Children’s Publishing announced Thursday, July 19, that the series will begin with “All You Need Is Love,” featuring illustrations by Marc Rosenthal. It comes out in January through the imprint Little Simon. The second book will be announced at a future date. (AP Photo/Bob Dear, File)

Simon & Schuster Children’s Publishing announced Thursday that the series will begin with “All You Need Is Love,” featuring illustrations by Marc Rosenthal. It comes out in January through the imprint Little Simon. The second book will be announced at a future date.

The books will be released through a licensing agreement with Sony/ATV Music Publishing and Sony/ATV’s Global Licensing Agent, Epic Rights. Other picture books have been based on Beatles songs. In 2014, Ringo Starr collaborated with illustrator Ben Cort on an adaptation of “Octopus’s Garden.”