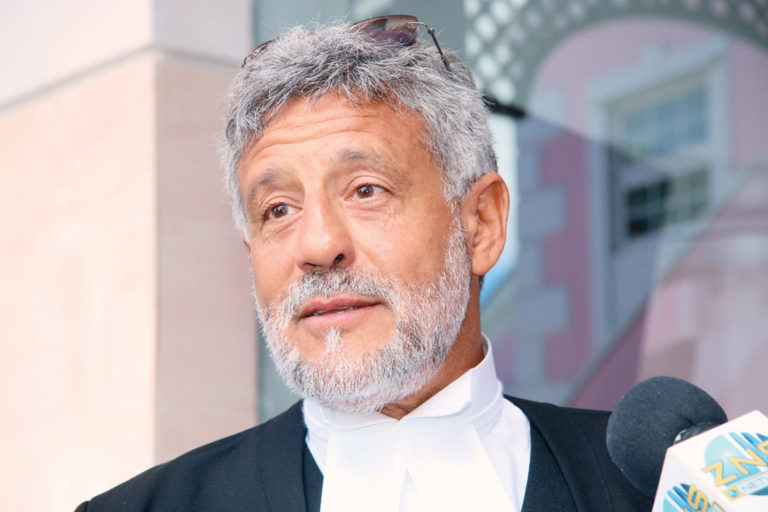 Revelations of the dumping of sewage and food waste by cruise ships within our maritime borders is a clear sign of the urgent need for the Bahamas to police its own waters. We can no longer leave it up to the United States or international bodies to ensure that our environment is protected. In order to do this, however, the government must immediately pass a comprehensive Environmental Protection Act applicable to all marine and terrestrial operations, ventures, developments etc. that take place within this jurisdiction. This was a promise made by the FNM while in opposition, which they seem to have conveniently forgotten in the two years since coming to office.

I again emphasize that under the Hawksbill Creek Agreement and under the Freeport Act, the Grand Bahama Port Authority has been begging the government to implement environmental bylaws for Freeport since the 1993 as they were required to do.

While I absolutely share the grave concerns of other environmentalists over the 2017 dumping incidents, I believe it is also important to highlight the appropriacy of the response by the U.S. courts and the opportunity it reveals for The Bahamas in our own efforts to protect the marine environment from pollution and other major environmental pressures. The courts found that the dumping was the result of individual cases of human error, not any plan or policy on the part of Carnival, and imposed a $40 million fine, which the company has paid. The incidents came to light because in 2016, the courts had ordered that Carnival assign, at their own cost, environmental compliance officers to each and every ship, who would report to the court on a regular basis.

Here, we have what I believe is a perfect model for our own legislative regime of cruise ship oversight – continuous monitoring with hefty fines and penalties. In fact, if the government had moved swiftly on its promise to pass an Environmental Protection Act, we could have already had our own environmental officers on each and every ship that passes through our waters, funded by the cruise companies, and the $40 million paid by Carnival to the U.S. courts could have been collected into our own special fund for use in environmental protection initiatives.

This is part and parcel of developing a Green Economy. Just imagine how many jobs would be created for Bahamian environmental compliance regulators and officers. Indeed Carnival have emphasized repeatedly in their public meetings on the Carnival Grand Cruise Port Project that they have gone from “compliance” to “commitment” and intend to exceed regulatory standards. This event creates an ideal opportunity for the Bahamas to urgently develop respect and protection for our environmental resources.

If we respect ourselves, then all of our investment guests will also respect our home. We have huge land and sea projects that are on the table over the coming years in the Bahamas, and particularly in Freeport. It is time that the government brought into force, the environmental bylaws which the Grand Bahama Port Authority prepared nearly 20 years ago and has been begging the government to implement so that protecting the environment can have regulatory teeth within Freeport for all residents and licensees.
The Bahamas must stop being “reactive” and become “proactive” on the regulatory front when it comes to the environment and development.

We have had thousands of cruise ships plowing the Bahamian waters over the years. Why must we wait until there is a maritime crisis and or an American court polices an issue before we react?

We can no longer sit back and hope that cruise ships will police themselves or that some outside authority will act in our best interests. We must take hold of the reins when it comes to protecting our own natural resources, think outside the box, act boldly and remember that every crisis contains the seeds of an opportunity.