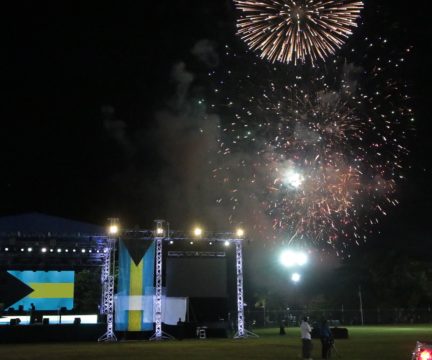 Governor General Her Excellency Dame Marguerite Pindling, Prime Minister Dr. Hubert Minnis (with grandson next to him), and Chairman of the 45th Independence Secretariat Mark Humes, are pictured seated on the dais of government officials in attendance, along with diplomatic, religious, and national security representatives, and hundreds of spectators.  (BIS Photos/Derek Smith)