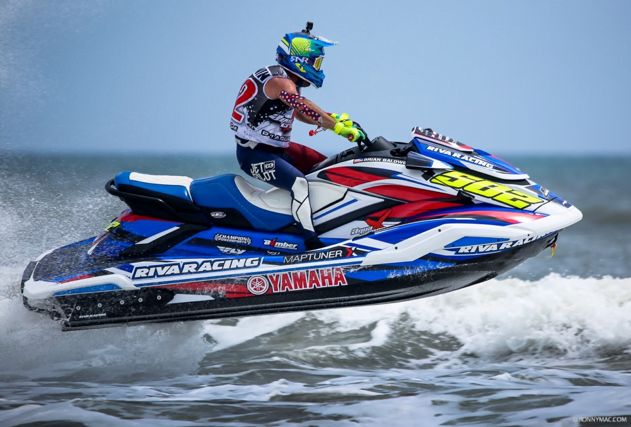 This weekend’s Great Lakes Grand Prix is a leading event in the qualification route to the P1 AquaX World Championship at the Atlantis, Paradise Island

The world’s leading P1 AquaX riders arrive in Indiana later this week with one eye on the waters of Lake Michigan and the other on the beautiful, crystal clear seas of The Bahamas as they continue the race to qualify for the World Championship in November.

On the southern shore of the lake, Michigan City will be hosting a P1 AquaX event for the first time as the Great Lakes Grand Prix (August 3-4) celebrates its 11th anniversary by serving up a double bill of world-class personal watercraft action and powerboat racing.

The AquaX USA Pro Series attracts riders from across the United States and Canada, as well as South America and Europe, and this weekend more than thirty riders will be resuming their battle for the national title and to earn points in the Lucas Oil P1 AquaX World Rankings, which identifies the most successful racers in the world.

The current championship leader is Brian Baldwin from North Carolina, who is also the reigning AquaX world champion and the number one ranked rider in the world.

Baldwin will head up a forty-strong elite field of the world’s very best PWC racers when Atlantis, Paradise Island near Nassau will provide a stunning setting for the P1 AquaX Bahamas World Championship over the weekend of November8-10.

“It will be the climax to the fourteen-event international P1 AquaX season,which attracts riders from twenty countries,” saidLisa Barsby, Global Head of P1 AquaX and a former world champion rider.

“These events comprise the AquaX Race to The Bahamas World Championship.”

Figures released by Visit Michigan City LaPorte show an all-time high attendance of more than 190,000 over the three days