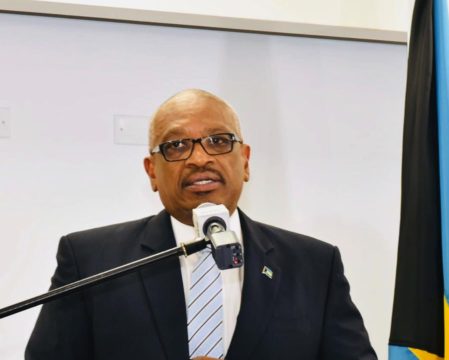 It follows a week filled with controversy over the protocol breach that led to the resignation of former Health Minister Dr. Duane Sands.

Minnis addressed the country on Sunday during a national address just days after six Americans were allowed to disembark a plane in New Providence – with a donation of 2,500 test swabs – despite the country’s border closure.

On Monday, Sands tendered his resignation letter after taking full responsibility for the decision.

When asked by a reporter about the absence of the temporary health minister, Chief Medical Officer Dr Pearl McMillan said she could not speak to his whereabouts.

McMillan however noted that the Ministry of Health is continuing forward with its COVID-19 response and mitigation efforts.

The Tribune revealed in an article on Monday that Aviation Minister Dionisio D’Aguilar approved the arrival of the aircraft that brought the supplies and its passengers to the country.

The decision to allow the Americans into the country has repeatedly been condemned, largely by Bahamians who are stuck overseas and waiting to come home.

However, Eyewitness News has confirmed that at least one other Bahamian resident was allowed to fly into the country during the border closures.

When asked about these allowances, Dr.  Merceline Dahl-Regis, coordinator for the COVID-19 response in the Office of the Prime Minister, said while she could not provide further details, the health team is not recommending open borders.

To date, there have been 92 confirmed cases of the virus — 72 in New Providence, 11 in Bimini, eight in Grand Bahama, and one in Cat Cay.

The ministry reportedly has more than 5,000 test swabs in its possession – of which half are the ones donated from the Americans allowed into the country last week.

Always a headline ahead, around the world, Bahamas, coronavirus, ewnews, Eyewitness News, government

Minnis is incompetant as Prime minister of bahamas.All he is doing is hurting the poor to the fullest.

He doesn’t have a clue, How to run a Country, Being Emotional simply won’t do it, He needs to be strategic.