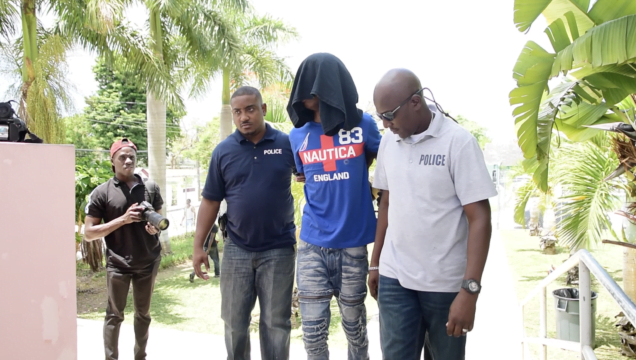 NASSAU, BAHAMAS – Natasha Charles, 32, of Hamster Road and a 17-year-old male was brought before Chief Magistrate Joyann Ferguson-Pratt on Wednesday, charged with the shooting death of Brian Smith.

According to police reports, Smith was murdered on Easter Monday, when he was shot on Foster Street in the Chippingham area.

According to the prosecutor, Charles expressed to the judge that she was treated in a degrading manner while in police custody at the Central Police Station. It is alleged that she was denied food and opportunities to use the bathroom.

According to Charles, she had to relieve herself on the floors of her holding cell.

Both defendants were not required to enter a plea and were remanded to the Bahamas Department of Correctional Services.

The juvenile, who was sent to the Adolescent Center at the Department of Correctional Services, will have a bail hearing with the chief magistrate on Monday, May 13th. At the same time, the chief magistrate will also address the allegations by Charles of inhumane treatment.