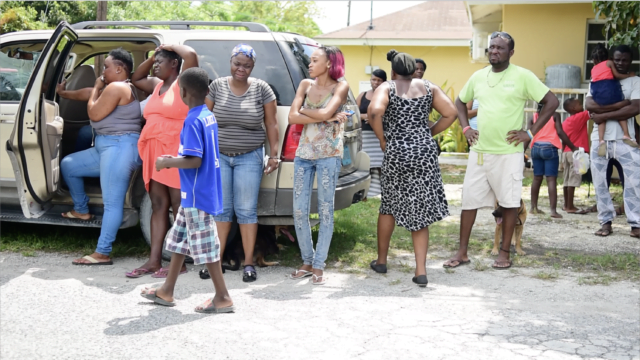 NASSAU, BAHAMAS – A 15-year-old boy is dead after he was hit by a truck early yesterday morning while walking to his summer job.

The fatality took place shortly after 9a.m. on Unison Road off of Carmichael Road.

Superintendent Mareno Hinds, attached to the Traffic Division of the Royal Bahamas Police Force, said the teen was walking when he was hit by a truck that refused to stop.

“The vehicle, believed to be a late model Ford F150 truck, was travelling south when we believe he hit the male and did not stop. He is a black male, believed to be in his late thirties, early forties, driving a black or grey truck.”

When asked if the driver was aware that he hit the teen, Hinds said, “yes”.

“We believe that the driver was aware he struck the boy. He struck [the boy], he got out of the vehicle, checked on the young male, got in his vehicle and drove off.”

Hinds declined to comment on the teen’s injuries but Eyewitness News Online understands that he sustained a head wound after hitting a wall when he was struck by the truck and died instantly.  And while police have officially declared the death as a hit-and-run, family members on the scene believe the teen was struck intentionally.

Eyewitness News Online attempted to speak with the teen’s family but they were too emotional to comment.

The country’s traffic fatality count now stands at 25 for the year.