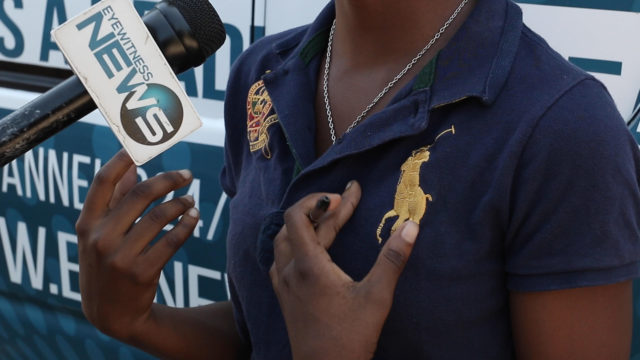 NASSAU, BAHAMAS – A 14-year-old girl alleged on Tuesday that she was recently sexually assaulted by a man believed to be a police officer.

Police confirmed yesterday that the allegation is under active investigation, but the teen’s mother said the incident has left her child traumatized.

The minor, who spoke to Eyewitness News Online on the condition of anonymity, said since the incident occurred some two weeks ago in the Sunshine Park area, she has remained out of school as it has affected her psychologically.

According to the teen, the officer allegedly offered her rides on many occasions while she waited for the bus on Carmichael Road.

The teen claimed the man was always wearing his police uniform so she was very trusting of him.

“He’s a police because he had on his vest. When I first saw him, he was in uniform and when I saw him he said, ‘come, I going in your area’ so I assumed he was going in my area,” the teen claimed as she recalled her first time interacting with the alleged man.

But on the day the alleged sexual assault occurred, the teen said while taking a ride with the officer, she noticed that he was not taking the route to her school.

“I said you’re going the wrong way. He then said, ‘chill and relax’. He said, ‘you know, back when I was in school there was this girl who used to give me hugs and kisses for money’ and I said, ‘well I’m not that type of girl, I want to go home’,” the teen claimed.

“I just heard the car door click and when I tried to open it, I realized it was on safety lock,” she further claimed. “And when I tried to put the windows down, it was locked too. So after that, he pulled up the car seat and he came in the back and that’s when he started grabbing on my chest.”

The teens mother, whose name is being withheld to protect her daughter’s identity, is now frustrated as she also claimed the matter was reported weeks ago and there seems to be no resolve from police.

“Monday, I took her back to CDU (Central Detective Unit). She gave a description for a sketch and statement. The officer said it would take two-and-a-half hours to put the final touches on the sketch then they would get back to her to find out if this was the person, but Monday came and I never heard anything from them since,” the mother claimed.

“So, I’m trying to figure out if this is the person and if the police force is covering up because I ain’t hear nothing. It’s been ten days now. I need to know something; my daughter deserves justice.”

Eyewitness News Online reached out to the head of CDU, Chief Supt. Solomon Cash who confirmed yesterday that an investigation is ongoing but said officers are still trying to determine the identity of the man and whether he is in fact a police officer.

“We have that information, but we are still conducting an investigation to be more definite whether or not that was a police officer, so that investigation is still ongoing,” Cash said.

Meanwhile the victim’s mother said the alleged incident has changed her daughter for life and she is concerned not only about the physical but also the psychological impact that the incident is having on her child.

“My daughter isn’t the same,” the mother said.

“When she sleeps, you see her jumping and flinching in her sleep.

“If we don’t talk to her, she would space out.

“You have to call her name two, three times so she knows you’re there.”