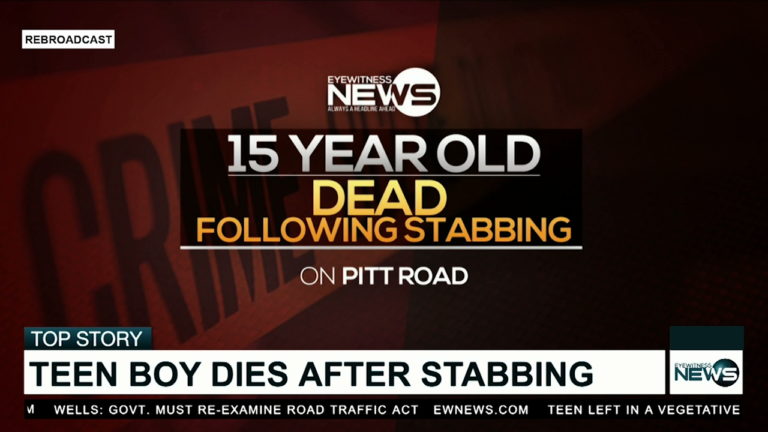 NASSAU, BAHAMAS – A 15-year-old student of T.A. Thompson Junior High School died in hospital yesterday afternoon, after being stabbed in an altercation with a student from a neighbouring school.

The incident took place shortly before 4:00 p.m. on Pitt Road, off Nassau Street, less than a mile away from the junior high school.

While details on the stabbing were limited, police believe the suspect is a student from C.C. Sweeting Senior High School.

A juvenile was taken into custody in connection with the stabbing, police said.

When contacted, Minister of Education Jeffrey Lloyd called the incident a tragedy.

“That’s a deeply tragic and sad event involving one of our young men and our hearts go out to the family, parents and the community, especially the community at the school,” he told Eyewitness News Online.

Attempts to reach officials at both T.A. Thompson and C.C. Sweeting were unsuccessful up to press time.

A photo of the purported victim was widely circulated on social media, but authorities did not release the identity of the student.

There have been recent incidents of students being receiving injuries as a result of altercations both on and off campus.

He was taken to hospital and treated for non-life-threatening injuries.

In January 2017, a Government High School student was stabbed and two others injured during a brawl at the school.

In December 2015, Adonai Wilson, a 12th grade Doris Johnson Senior High School student, died in hospital after he was stabbed during a brawl with several students from the same school.

The incident took place in the parking lot of East Coast Pub and Restaurant on Prince Charles Drive around 2:30 p.m.

Footage taken by an observer was widely circulated on social media.

Two teenagers, 17 and 16 at the time, were convicted of manslaughter.

However, the Court of Appeal quashed one of the convictions.