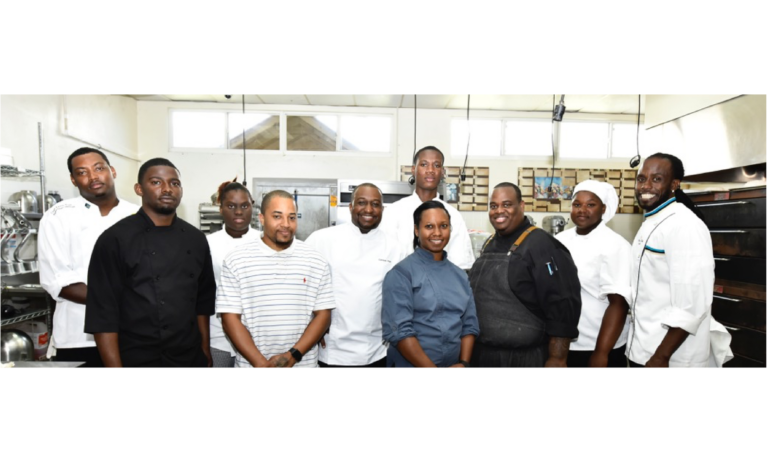 The Bahamas National Culinary Team is said to be looking to keep up the gold standard when it comes to Taste of the Caribbean 2018.

According to Team Manager Chef Mario Adderley, despite being relatively new, the group is already fired up with a new winning strategy.

“This year we are looking to zone in on what we need to do, have a little more structured practices and work on specific areas so that we are more prepared for Taste this year,” Adderley said.

The fierce competition scheduled for June 22-26 at the Hyatt Regency in Miami, is a chance for chefs from Caribbean countries to show off their culinary prowess.

Team Bahamas, Adderley said, is already meticulously preparing dishes to go head to head with the Caribbean’s best teams at the competition, which is in its 27th year.

“The atmosphere is good. Their spirits are great. They are driven as a team; the practice sessions are always fired up and these guys leave here and go to their respective jobs and they are working on different things throughout the week,” Adderley said.

“And so when they get to practice, they are excited to show us what they have been working on. So, they are psyched to get to Taste and bringing home team of the year.”

Team Administrator Charlotte Knowles-Thompson of the Bahamas Hotel Tourism Association (BHTA) said, the team is more than ready to take on the Caribbean once again.

“They have been practicing every Thursday and they are coming up with some amazing dishes and so, we are looking forward to the competition,” Knowles-Thompson said.

The intensity of practices, according to Team Captain Owen Bain, has risen.

“We are pushing every day to try to get better, to produce the best dishes that we can from The Bahamas,” Bain said.

“I think the most challenging part is become comrades together. I think this year we are getting much better and overall for a team concept, we will produce our gold, which is our theme for the year.”

Bain said the team is experimenting with a lot of native Bahamian flavours such as benny, sour sop, cassava and yams.