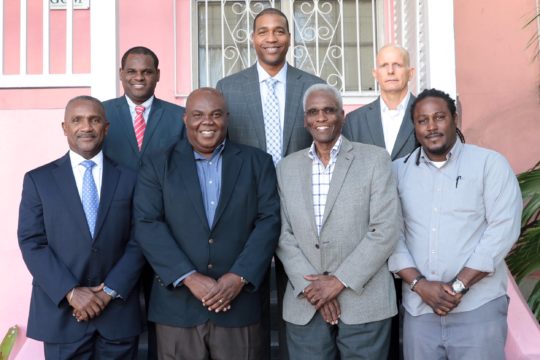 NASSAU, BAHAMAS – President of the Bahamas Taxi Cab union, Wesley Ferguson, on Monday expressed that he is disappointed in the government for going back on their word and no longer agreeing to change the color of their taxi plates.

“Once again you know the government has promised us some relief and didn’t live up to their promises,” Ferguson said.

“They said during this license plate period they would go ahead and change the license plate to alleviate the amount of criminal activities taxi drivers are accused of.”

Ferguson said that instead of working with the union as the Minister of Transport Renward Wells agreed, the government has allegedly been sabotaging the taxi driver’s business.

“The only thing I’ve seen the government do so far is create additional obstacles for the taxi cab drivers and you can see the same thing happening in Freeport.”

Last month, Ferguson was happy to announce that he met with Wells and it seemed that things were looking up and they would get some resolution to their long-standing taxi plate issue. It’s a concern the union had been voicing since last year that persons with SD [rental] plates were taking taxi drivers business.

Ferguson told Eyewitness News on Monday that if the government does not regulate taxis soon they could face some harsh consequences.

“Tourists sometimes are at risk of getting into these cars, assuming that they are taxi cabs and

they are SDs with a total stranger, undocumented and unregulated and until something catastrophic happens the government is not going to do what they need to do.”

When asked if a strike could be imminent, Ferguson said that the union is giving the government one last chance and they will put off a strike until the end of this licensing period on May 31st.