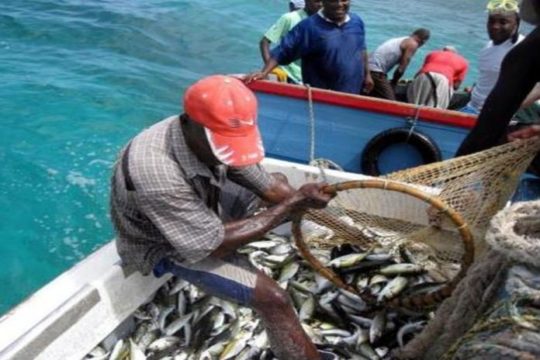 Flyingfish as seen here is popular in the Eastern Caribbean. Photo: CRFM

Exigency could be extended

Fishermen who paid value added tax (VAT) on building materials for traps and condos following Hurricane Irma, will receive tax refunds by the end of the month, according to the country’s marine resources chief.

In his contribution to the mid-year budget debate in Parliament last evening, Minister of Agriculture and Marine Resources Renward Wells told parliament that government will live up to the exigency order that was issued last October.

I had a meeting with the Spanish Wells fishermen and one of their vexing issues was the fact that even though we passed an exigency order, [which voided VAT] from their products for the creation of traps and condos, a lot of them by the time we did it, had already bought the traps and condos,” Wells said.

“We had made a commitment to them that we were going to see to it that they were refunded. That has not yet happened. It has been a sore sticking point throughout the country with the fishermen, and I want them to know that we will seek to address that before the end of the month, with the minister of finance, as we made the commitment to them.”

In October, the government issued an exigency order on a number of items for those in the fishing industry who were adversely impacted by Irma. Included on the list of approved duty-free goods were materials used for the construction of fishing traps and condos.

Government advised that the exigency may be extended at the discretion of the minister of finance, however, minister Wells did not specify whether an extension has been considered.