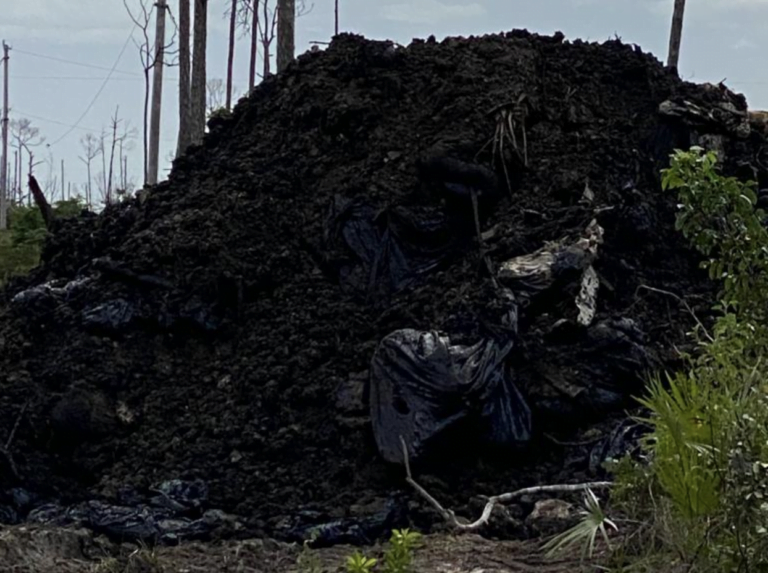 NASSAU, BAHAMAS — After several incidents of oil dumping in East Grand Bahama, the police force has commissioned a special task force to address the matter on the island, according to Minister of State for Grand Bahama Kwasi Thompson.

A dumping site was discovered in late-October in the area of Elton Lane, Barbary Beach.

A second oil dumping site was found over the weekend in South Bahamia.

Two men were recently charged with discharging a hazardous substance in respect to the October discovery.

Yesterday, Thompson indicated he expected some “very fruitful results” from the task force with respect to the second incident.

“We cannot say a whole lot more with the first one or the second one because they are currently under police investigation and the police have taken this so serious that they have put together a complete task force to deal with these incidents and any further incidents,” Thompson said in a report to the nation.

He added: “We hope to have some very fruitful results.”

The task force is made up of officers from the northeastern division, the Fire Department and the Criminal Investigations Department.

Superintendent Terecita Pinder, officer in charge of the northeastern division where the headquarters of the task force is based, leads the special group.

When contacted, Pinder said the task force hopes to mitigate these incidents.

She underscored the new environmental protection laws will assist in this effort.

As it relates to the dumping investigation, Pinder said: “As soon as we have anything of substance, we will advise.”