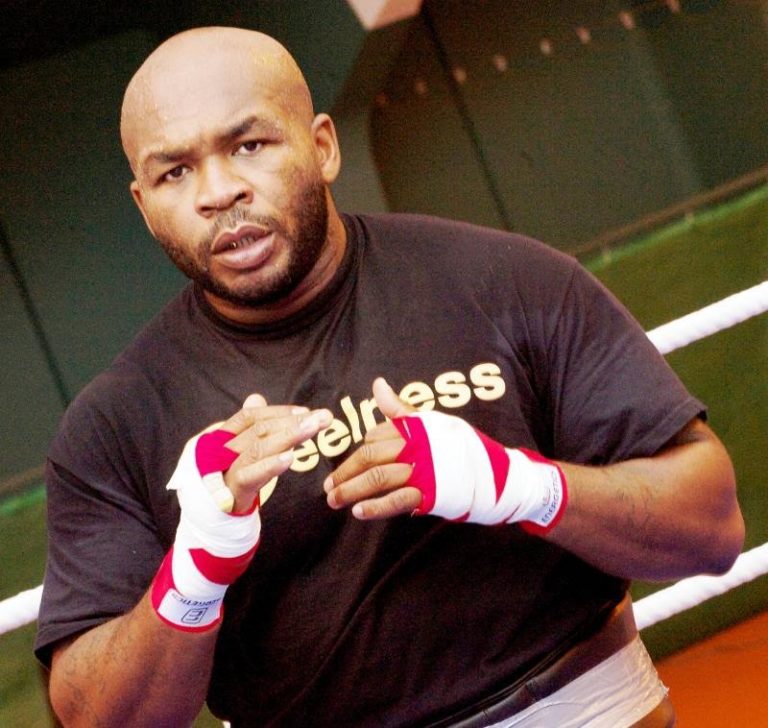 Sherman "The Tank" Williams.
Heavyweight boxer Sherman “The Tank” Williams is disgruntled over the fact that he feels he’s being black-balled by boxing matchmakers.
In a recent interview, Williams expressed his frustration about the complications of matchmaking, and the politics involved in it.
Williams says he’s adamantly been trying to get former WBA World Champion Alexander Povetkin to agree to a match, however, he feels the No.5 ranked contender is trying to avoid him at all costs. Povetkin’s last fight was a title stoppage loss to World Heavyweight champion Anthony Joshua.
“I want the fight now,” Williams said. “Styles make fights. We can have a shootout at the O.K. Corral in Chicago, Illinois. We can have the shootout at the O.K. Corral in Chicago, or I will fight him in Moscow. Anywhere, anyplace, anytime. We can do it (the fight) in Moscow as well. As long as the money is right, we can fight.”
Williams and Povetkin were supposed to fight this month, however, according to Tank, the negotiations fell through.
“I was offered a chance to fight with only two weeks notice and I still accepted it,” Williams added. “I was later given a notice by the matchmaker stating that the fight would not go through. It’s because I’m considered as a dangerous fight. The business of boxing.”
Povetkin is scheduled to fight in Chicago, Illinois, on Saturday, May 18, 2019, but has no opponent for his scheduled 10 rounder yet listed, with less than 10 days to go.