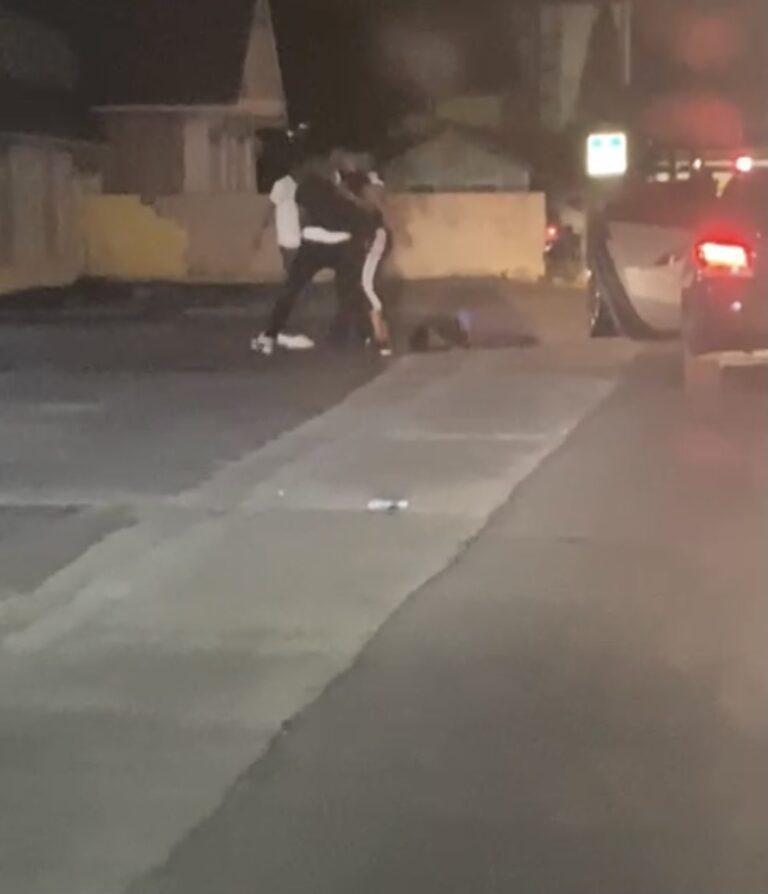 A screenshot from a video purportedly showing a group of men physically assaulting a woman on a New Providence street in January 2022.

NASSAU, BAHAMAS — Two men were arraigned in the Magistrate’s Court yesterday in connection to a video widely circulated on social media last week of a woman being beaten on the side of the road.

Calvin Sergeant, 27, and Dillon McKinney, 23, appeared before Chief Magistrate Joyann Ferguson-Pratt and were charged with one count of causing grievous harm.

McKinney is an immigration officer.

Both men pleaded not guilty to the charge.

Ferguson-Pratt granted them bail at $9,000 each with two sureties.

McKinney was ordered to report to the Elizabeth Estates police station twice a week.

Meanwhile, Sergeant will report to the East Street South police station four times a week and also has to wear an ankle monitoring bracelet.

A video of the alleged incident quickly made its way around social media last week, with many denouncing the actions of one of the men in particular, who was confirmed by police to be an Immigration Department officer.

The video was seemingly taken by a bystander who recorded the incident from their car.

At one point in the video, one of the men can be seen kicking the woman in her face while she was still on the ground attempting to get up.

Both men will return to court on February 24.