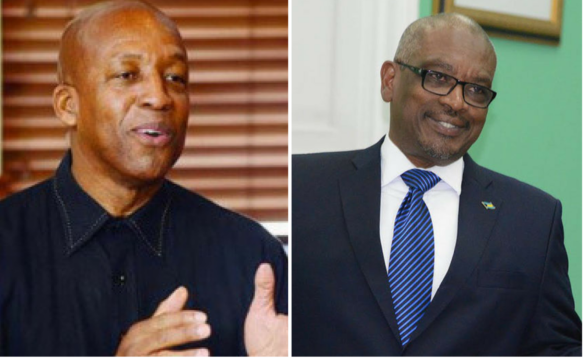 Former Attorney General and Progressive Liberal Party’s (PLP) candidate for Fort Charlotte Alfred Sears, QC, said Wednesday that the process of distribution and management of crown land needs to be more transparent and that the prime minister should be stripped of his ability to grant such land in an executive order.

In an interview with Eyewitness News Online, Sears said, “The prime minister yesterday (Tuesday), in dealing with the OBAN matter, announced that there will be a number of reforms with respect to the management of Crown Land. I want to support those reforms but I wish to encourage the prime minister to go even further.”

“Currently over two million acres of crown land pursuant to Section 54 of the Conveyancing and Property Act Law, is managed under the exclusive control of the prime minister as the minister responsible for Crown Land.

“There is no accountability for how this crown land is used and is disposed of by the Cabinet or the Parliament.”

Sears said he would like Prime Minister Dr. Hubert Minnis to amend Section 54 of the Conveyance and Property Act so the ultimate power is removed from him and placed in a public authority.

This, Sears said, will allow the authority to manage crown land in The Bahamas in accordance with player rational policies made by the Cabinet and presented and approved by Parliament.

“On an annual basis the proposed management committee will report to Bahamian people … how crown land is used; who receives a lease or a grant of crown land, and there can be accountability and transparency in the use of this important natural resource in the Commonwealth of The Bahamas,” he said.

While Sears said he is in support of the prime minister granting OBAN Energies crown land for this $5.5 billion oil refinery project in East End, Grand Bahama, he said he “wishes to invite the prime minister to take this reform to its logical conclusion and let us end a perogative practice that is rooted in the colonial history in this country and begin the rational management of the natural resources of The Commonwealth of The Bahamas, in a transparent and an accountable manner.”

Moreover, Sears said he feels Dr. Minnis opening the process for the reformation of the use of crown land is very encouraging.  He strongly advised the government to exercise full disclosure to the Bahamian public of how the crown land has been disposed of.

“I think there should be a full accounting of how crown land is disposed of from 1974 to the present, so that the Bahamian people know who have received crown land and what terms did they receive it under,” he said.

“Going forward, there will be a full transparent and rational use of the two million plus acres of crown land we have.”

Sears said he hopes a more transparent process can be the beginning of a national policy for the rational use of natural resources such as crown land, forestry and aragonite.