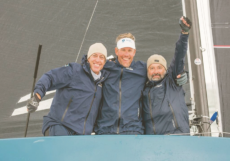 Mark Holowesko continues to make his mark on the sport of sailing. After a second-place finish at last year’s International 5.5 Metre Class Association’s World Championship, Holowesko captained the New Moon sloop to victory over the weekend in England. New Moon won four of the nine races contested and finished the contest with 18 total […]

The first Bahamian to win an Olympic medal and the first to win Olympic gold, Sir Durward Knowles passed away over the weekend at 100. Sir Durward won the country’s first Olympic medal – a bronze in star class sailing with Sloane “Bunty” Farrington at the 1956 Olympics in Melbourne, Australia. Eight years after, he […] 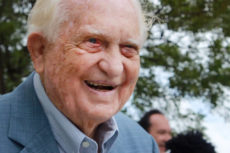 The first Bahamian to win an Olympic medal and the first to win Olympic gold, Sir Durward Knowles passed away today at 100. Sir Durward won Star Class bronze sailing in the 1964 Olympics in Tokyo, Japan, and competed in eight Olympics for The Bahamas- the most among any Bahamian in history. Sir Durward was […]