FNM chairman says more women will be put forth in final tranche of candidates NASSAU, BAHAMAS — Both the Free National Movement (FNM) and Progressive Liberal Party (PLP) are expected to complete their slate of candidates for the upcoming general election by the end of the month. FNM Chairman Carl Culmer and PLP Chairman Fred […]

NASSAU, BAHAMAS — The Progressive Liberal Party (PLP) yesterday promised that if elected to govern, it would recommend the country’s minimum wage be increased to $250 per week and reduce value-added tax (VAT) to 10 percent “across the board” for 12 months. Similar promises have been previously made by the current Minnis administration, which pledged […] 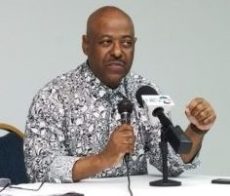 NASSAU, BAHAMAS — Progressive Liberal Party (PLP) Chairman Fred Mitchell has suggested the prime minister is using the coronavirus emergency orders to impede political campaigns as we get closer to the upcoming general election. Mitchell pointed to reports that a recent political motorcade was reportedly granted permission to take place in South Andros. “The PLP […] 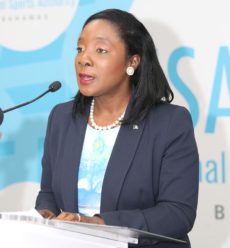 NASSAU, BAHAMAS — Minister of Youth, Sports and Culture Lanisha Rolle has tendered her resignation from Cabinet, becoming the fourth minister to resign this term. Rolle did not provide a reason when she confirmed her decision to Eyewitness News this morning; however, she said she will continue on as the MP for Sea Breeze to […] 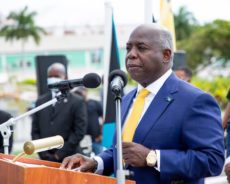 NASSAU, BAHAMAS — Progressive Liberal Party (PLP) Leader Philip Brave Davis yesterday challenged the prime minister to stand ready to debate him on a national stage in the upcoming general election campaign. Speaking to reporters on the sidelines of the opening of the western MacFit360 gym, Davis reiterated his position on the matter. “I said […] 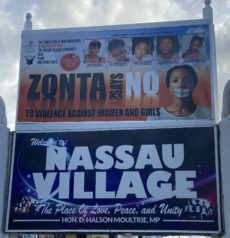 NASSAU, BAHAMAS — Several newcomers are expected to go head-to-head in the fight for the Nassau Village constituency in the next general election. The Progressive Liberal Party (PLP) has ratified 33-year-old Jamahl Strachan as the candidate for the area, who describes himself as a “son of the constituency and a son of the soil”. Strachan, […] 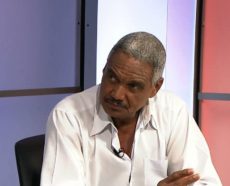 NASSAU, BAHAMAS — Former Tall Pines MP Leslie Miller said yesterday he is not worried about receiving a nomination from the Progressive Liberal Party (PLP) for the seat, insisting he will win with or without the party. Senator Dr Michael Darville is seeking the party’s nomination for Tall Pines, to go head-to-head against incumbent and […]

NASSAU, BAHAMAS – Progressive Liberal Party (PLP) Chairman Fred Mitchell said yesterday that the party has yet to make a decision on whether it will cancel its annual convention. Mitchell told Eyewitness News that the party’s leadership council is not able to convene during the coronavirus pandemic. “When it does, I’m sure that will be […]

NASSAU, BAHAMAS – Progressive Liberal Party (PLP) Chairman Fred Mitchell charged today that the prime minister’s about-turn on the lockdown of the country came as a result from an impending revolt from businessmen and residents throughout the country Yesterday, Prime Minister Dr Hubert Minnis announced the reopening of commercial activity with certain restrictions on August […]

Progressive Liberal Party (PLP) Chairman, Senator Fred Mitchell on Sunday revealed that Ernst and Young (EU), the accounting firm who conducted the scathing Water and Sewerage audit “should be warned that the legal consequences of this sloppy report will be substantial.” Senator Mitchell said the PLP’s lawyers are looking at this matter with a view […]

Boycott to continue until MP returned to parliament Progressive Liberal Party (PLP) members of Parliament and party senators will boycott their respective chambers until Englerston MP, Glenys Hanna Martin, is allowed to return to the House of Assembly, PLP Leader, Brave Davis, announced Tuesday. At a press conference at PLP headquarters, Davis said he attempted […]