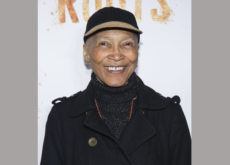 By LYNN ELBER, AP Television Writer LOS ANGELES (AP) — Olivia Cole, who won an Emmy Award for her portrayal of Matilda, wife to Chicken George in the landmark miniseries “Roots,” has died, a burial association executive said. She was 75. Cole died last Friday at her home in San Miguel de Allende, a central Mexico […]