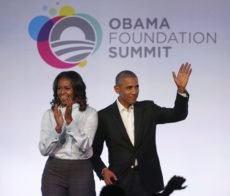 LOS ANGELES (AP) — Barack Obama and Netflix reportedly are negotiating a deal for the former president and his wife, Michelle, to produce shows exclusively for the streaming service. The proposed deal was reported Friday by The New York Times, which cited people familiar with the discussions who were not identified. Netflix did not immediately […]