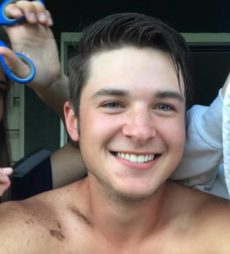 The father of Jonathan Brussow, the man who was swept off Glass Window bridge on Monday and is still missing, said he is holding on to hope that he will find his son. CBS Detroit reported this week that Brussow, 19, is a resident of Rockford. The network reported that his father Brad is reportedly […]

Fishermen in Acklins have retrieved from waters what its believed to be vessel of Derek Collie, the man who has been missing at sea for almost a week, according to police. Search crews comprised of community members and local police officers have been combing the area and have taken their search out to sea. Divers […]