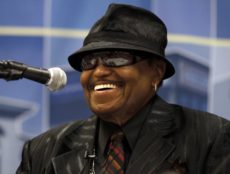 NEW YORK (AP) — Joseph Jackson, the strong, fearsome patriarch of the musical Jackson family, has died, according to a person close to the family. The person, who spoke on the condition of anonymity because the person was not allowed to discuss the topic publicly, told The Associated Press on Wednesday that Jackson died but […]